The Criterion-developed racer blends anime aesthetics with a photorealistic style. It will launch for PS5, Xbox Series X/S, and PC. 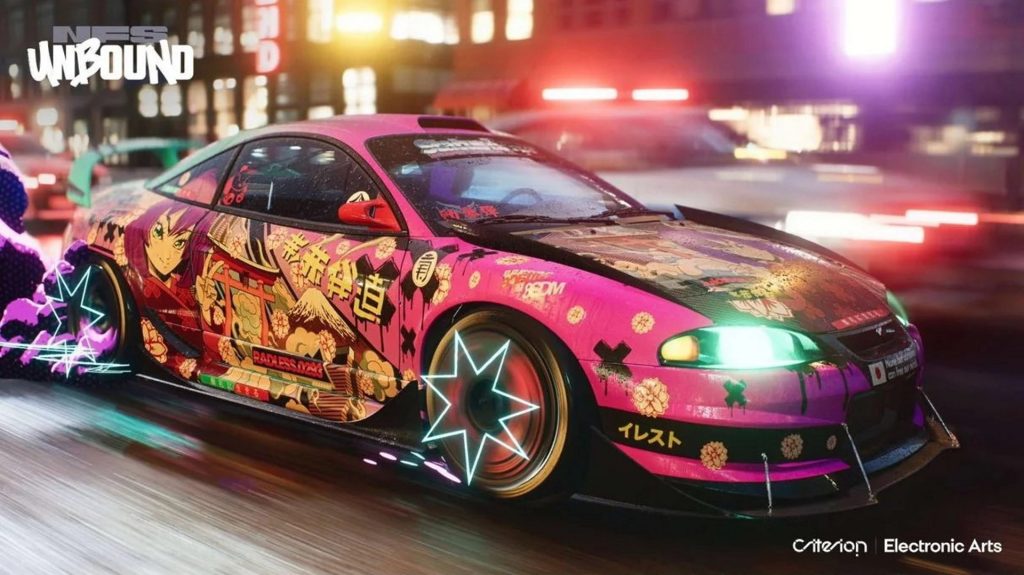 After months of leaks and recent teases from EA, Need for Speed Unbound has been officially unveiled. A new trailer has been revealed for the Criterion-developed anime racer, showing a photorealistic visual style that sprinkles in anime aesthetics with stylized character art, visual effects, and more. Check out the trailer below, which is set to music by A$AP Rocky.

In Need for Speed Unbound, players will “outsmart the cops and qualify each week for the Lakeshore’s ultimate street racing challenge, the Grand.” The game will, of course, also focus on vehicle customization and cop chases, and will also allow you to customize the player character with cosmetics. Another new addition is Burst Nitrous, which EA describes as “a new boosting element for dizzying speed.”

Another new feature is meet-ups. “Go to meet-ups and show off your style with a host of items from the world’s latest fashions, including exclusive gear,” EA says. “Then take your machine’s style to the next level and transform it with unique wraps and cut-outs to match your legendary custom machine, take the lead in races and strike your own winning pose to stand out from the crowd.”

Need for Speed Unbound will launch on December 2 for PS5, Xbox Series X/S, and PC (via Steam, Epic Games Store, and Origin).