Need For Speed – What The Hell Happened To It?

Taking a look back at what was once one of EA’s most prestigious franchises.

Racing games have been one of gamings largest and most respected institutions since the very early days of the medium itself. Many who were around for the birth of this genre credit Atari with starting it with Gran Trak 10 which was an arcade cabinet which impressed many right off the bat with its utilization of an actual steering wheel, pedals and a gear shift. Many other companies like Taito jumped in quickly after with their own takes on racing video games and within a year or two racing games were a full blown genre with lots of players anxiously awaiting the next iteration.

It wasn’t until 1983’s Pole Position that racing truly gained the popularity that lead to the healthy state of the genre we know today, though, and even though that game isn’t the first racing game, it is largely credited with popularizing the genre and creating a market where we would get the modern classics that we are still seeing regular iterations of today like Gran Turismo, Forza, and the Need For Speed series.  The latter of these games debuted first in 1994 on the 3DO and Windows PC and arguably paved the way for the other two, and possibly countless others. In subsequent years Need For Speed was ported to the Saturn and Playstation and once unleashed upon those much larger audiences the game took off and left other racing games in the dust with its combination of tight controls, an energetic soundtrack, slick graphics and high-quality full-motion video. 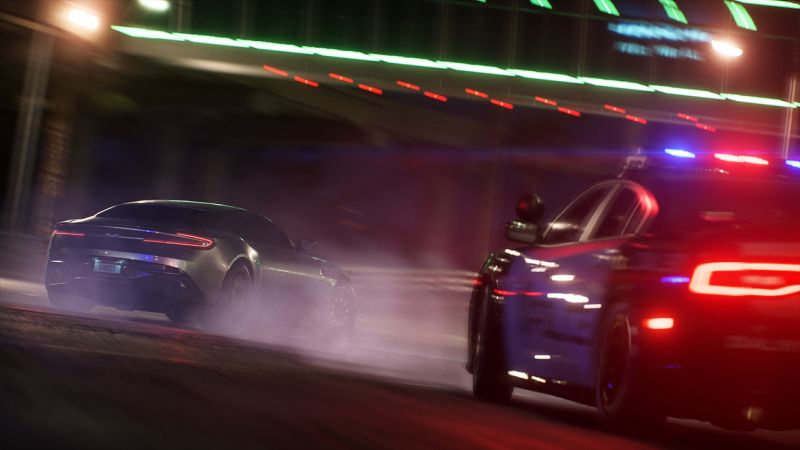 The original Need For Speed game featured both closed circuits and regular tracks with separate beginning and ending points, which wasn’t particularly revolutionary but it served as a nice amount of content for the time. The Saturn and PlayStation versions include an additional three tracks, though, really beefing up the experience for those who had and hadn’t played it at the time. Traffic vehicles and police pursuits were also key gameplay mechanics that set the game apart from others and added a lot of tension and motivation to keep moving as fast as possible at all times. Certain cheats could be entered to remove that element though for those wanting a more traditional experience. The replay feature allowed the player to save and watch a particularly interesting race and allowed the use of multiple camera views, playback speed and video navigation, which brought players even more ways to spend time on the game.

Needless to say, Need For Speed was a success and spawned countless sequels that have now spanned over 20 years and across multiple console generations. Several development teams have had chances at the helm of the series, and usually the results have been pretty good. Very little deviation with the formula and an emphasis on just improving the basics has kept Need For Speed in a positive light for most gamers, that is, until recent years. Now, Need For Speed is seen as lackluster and not as worth your time and money as other franchises that aren’t nearly as old or as recognizable. But why is that? Why would racing fans pass up the grand-daddy of all racing games for newer less-seasoned franchises in the genre that Need For Speed helped popularize for modern audiences? What the hell happened to Need For Speed?

The massive elephant in the room here is Electronic Arts a company. Yes, EA was and is the publisher for the series, and the easy answer to what happened to Need For Speed might seem like it’s “EA happened” but as with any situation like this, there’s more to it than just lazily grabbing the easy, low-hanging fruit so lets look a little closer. The truth is, Need For Speed as a franchise was having issues with mixed reviews and the identity of the series long before EA’s reputation fell off a cliff. Need For Speed: The Run, the eighteenth game in the series, was released way back in 2011 and was given lots of middle-of-the-road scores by major review outlets for its unnecessary and underdeveloped story-line and awkward design choices. Most aggregates of major review scores put it in the 60’s out of 100. 2013’s Need For Speed: Rivals moved the needle in a positive direction, though, with its emphasis on old-school mechanics and separate decently-long career campaigns as racers and cops. The game even got a pretty nice over-haul for a second release on the PS4 and Xbox One, which still holds up to this day. Ghost Games took over for the development for Rivals and it seemed like a good idea at the time, as Rivals was indeed an improvement from The Run in almost every way. However, Ghost Games continued with the next entry, 2015’s Need For Speed which had a long list of changes that mostly rubbed fans the wrong way. Other than the annoying title that adds confusion to the lineage of the franchise, the game was open world, always online, lacked a cockpit perspective, had an unnecessary and at times straight up cringey story mode, and suffered from various performance issues due to its always-online nature.

The few positive things it had going for it, like excellent graphics and a beefy customization suite, were largely overshadowed by its flaws, and 6’s and 7’s out of 10s were a common sight when looking at reviews for the game. In an effort to revitalize the franchise, Ghost Games and Electronic Arts had gone 100 miles in the wrong direction here, and dissent among racing fans was just compounded with the next release, Need For Speed: Payback. Payback made a couple of good moves by offering an offline mode, something that would have been a given a few years ago but now felt like an afterthought, but still made the mistake of bringing unnecessary story-lines and characters that nobody really wants into the mix and moulding the entire experience around that, instead of focusing on a wide variety of racing options and mechanics first.

On top of that, the loot-box mechanics were the final straw for many, as they impeded progress for the player and prevented us from getting to progress the way we wanted, which had been the way everyone had it and still wanted it in games for a long time before this system of encouraging microtransational purchases by making progress unbearably slow took off. This is the part where you could say “EA happened” as it was obviously the path that EA was taking with other game franchises which shall remain nameless, and it just looked like a cash grab as a result. 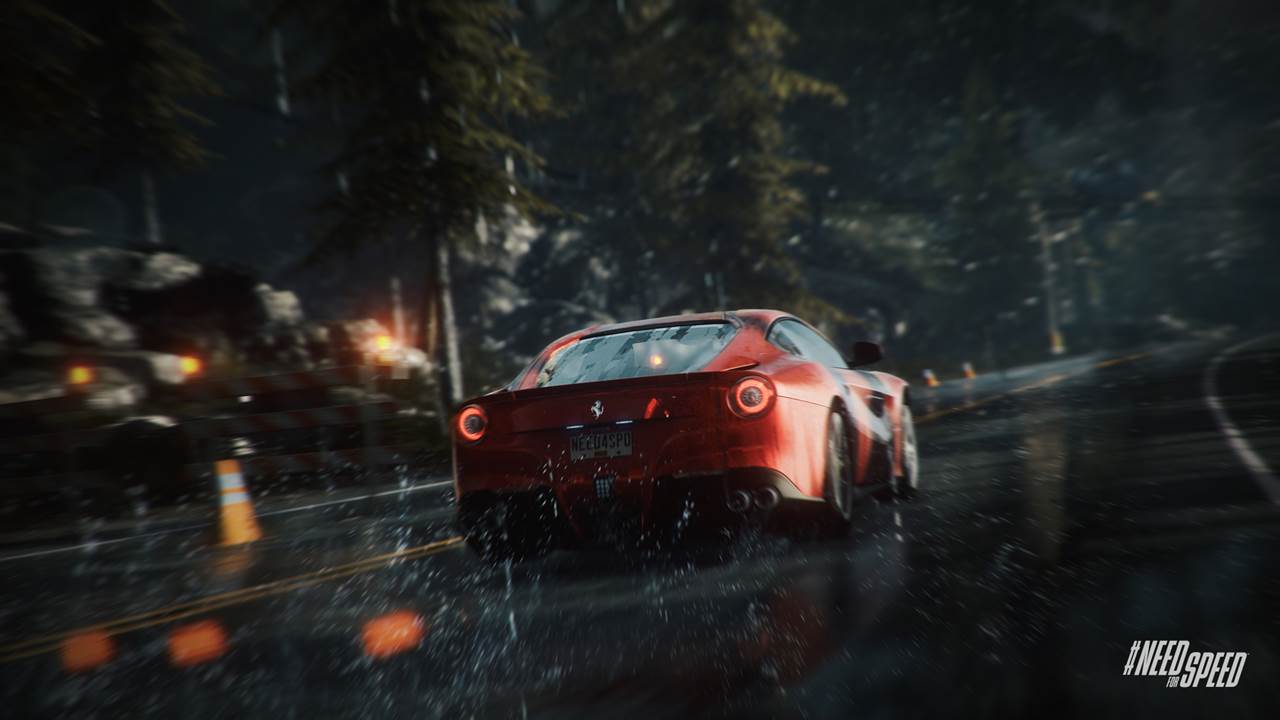 Need For Speed’s most recent blunders might largely be a result of EA’s greed, but you can’t honestly lay the entire responsibility for the series getting to the place it’s in now at the publisher’s feet alone. The franchise has been on this trajectory for almost ten years now, long before the micro-transactions and intrusive online modes took over. EA certainly was heavy-handed with their implementations of what they thought were trendy mechanics that were here to stay, but the franchise finds itself at this low point also because of a history of several games losing their identity and forgetting where they belong in the genre.

Unfortunately, it looks like that lesson still isn’t quite being learned by the developers of the currently-in-development Need For Speed Edge, which is aiming to be a free-to-play MMO racer, which has many fans of the franchise completely confused. So it looks like getting back to basics isn’t currently on the agenda for the franchise. It’s not like old-school revivals are required for modern-day franchises to get back on their feet, but it is absolutely necessary for developers to understand what made the original games work and make an effort to sacrifice as little of that as possible while tinkering with the formula. Need For Speed might be racing away from its roots at the moment, but eventually, if review scores and sales continue to suffer, the franchise will have to take a massive U-turn.

Tagged With: EA, Need For Speed