The game is out at the end of April. 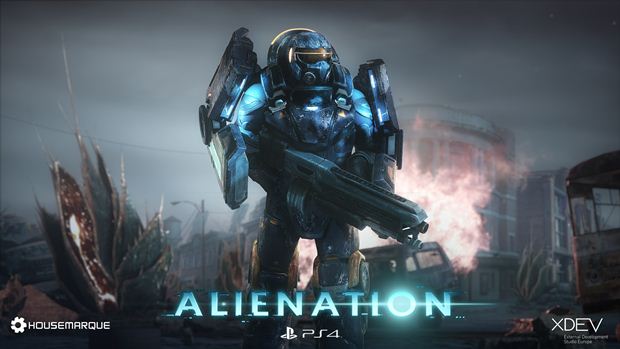 Alienation got a brand new trailer that showed off even more of the crazy action that makes up this game. Developers Housemarque have released a number of videos already that talk about the different classes but the this one talks about the importance of choosing the right class for your team.

The video, dubbed Armor Up talks also talks about the importance of picking the right armor when going into battle. Alienation, which looks an awful lot like Helldivers in this video is one the developers have said can be played on your own, but has a focus on team play in order to get through some of the levels.

The teams at the heart of the multiplayer mode will need to be chosen wisely in order to fight off the waves of alien enemies players will face. Check out the trailer below and get ready because Alienation comes exclusively to the PS4 on April 26, 2016.