Eurogamer reports that Capcom has silenced speculation over bonus player characters in Lost Planet 2 by releasing more information concerning which characters will be unlockable.

As already revealed previously by Takeuchi and his team, Xbox 360 players will be able to unlock Marcus Fenix (of Gears of War fame) to play through the game’s storyline. However, what you probably didn’t know is that PS3 owners will be able to play as an armoured Monster Hunter from the series of the same name.

In addition, a third character is available on both consoles: The Star of Dead Rising – Frank West, with attendant giant teddy bear in tow. Albert Wesker, from Capcom’s stellar Resident Evil franchise is also unlockable for both consoles. 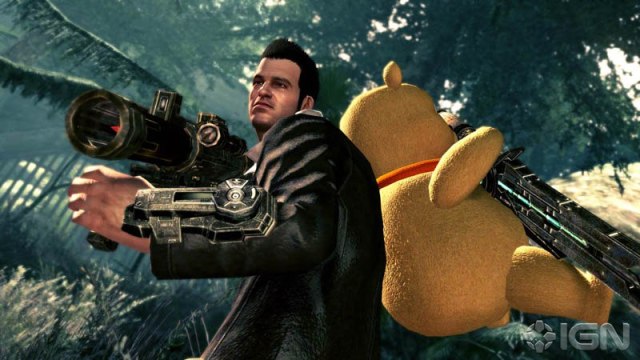 Lost Planet 2 launches worldwide on the 11th of May, and screenshots are available in hi-res here.