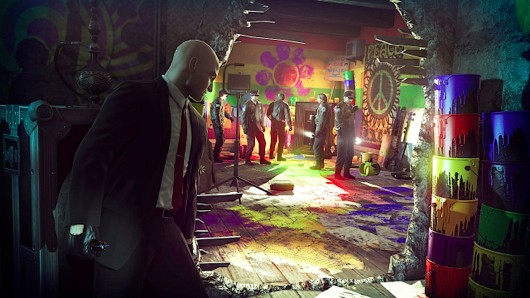 When you complete a contract you will be rewarded in contract dollars based on your performance. You can also unlock guns and gadgets by playing the story mode of Hitman: Absolution or using the contract dollars to unlock them.

“Contracts was inspired by our loyal and extremely creative fans, many of whom are still finding new and amazing ways of taking out targets in previous Hitman games,” said Christian Elverdam, gameplay director for Hitman: Absolution.

“Contracts mode finally delivers a way for Hitman players to fully realize both their creativity and competitive nature. Whether they’re fighting to shave off a split second from their time or combining elements and timing events to create unprecedented accidental deaths, gamers can now challenge and inspire each another with an endless variety of user-generated contracts.”

Square Enix’s GamesCom conference may probably have a video of this mode in action, if not, there will be one released soon so stay tuned to GB.