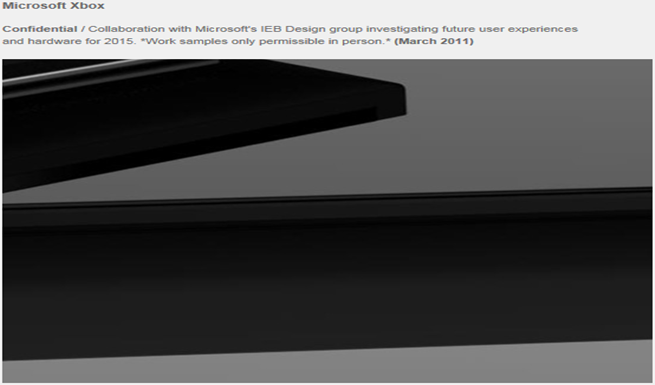 According to a designer brought in by the platform holder’s Interactive Entertainment Business, Microsoft may be aiming to launch a successor to the Xbox 360 sometime in 2015.

Designer Ben Peterson posted the supposed screenshot of the confidential project on his web portfolio accompanied by the description: “Confidential / Collaboration with Microsoft’s IEB design group investigating future user experiences and hardware for 2015. *Work samples only permissible in person.* (March 2011)”

The pictures aren’t really much to go on and the project is still clearly in its initial stages, but this is intriguing news regardless.

Thanks to ZDnet for the info.