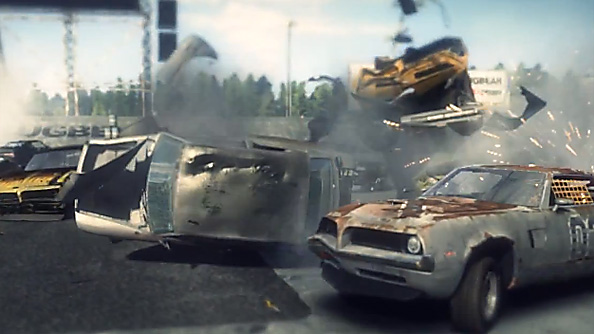 We recently had a chance to speak to Bugbear Entertainment producer Joonas Laakso, who is currently working on Next Car Game (the developer’s credits also include the famous FlatOut series). On being quizzed about his thoughts on PS4’s 8GB GDDR5 RAM and unified architecture, and whether there would be any latency issues, Laakso stated, “We’re developing for mainstream PC hardware, so some 2-3 years behind the curve right now. We are mostly interested in scalability. We have a lot of fans who are telling us to keep it light, and we’re doing our best to comply.”

Given that they’re developing so far behind the latest technology, it makes sense there will be no problems when faced with GDDR5 RAM. But that power won’t be limited to the PS4 version alone. “There is going to be room to flex your big power PC’s muscles, too, don’t worry – our emphasis on physics uses up pretty much all processing power it can get its hands on. Sorry for giving a more technical answer than that!”

As of now, Next Car Game will only be heading to the PC, but with proper funding, it will head to the Xbox One and PS4. However, when asked if development costs for next-gen consoles would be cheaper, given their similarities to the PC in architecture, does this mean less time and cost to port Next Car Game over? Laakso responded, Yes, it looks like it will be cheaper.

“There’s still a relatively large cost associated with any new versions, about two months of work at a minimum. Some of the work and costs just can’t be helped – for example the QA is probably just as expensive as ever, as well as all the per-platform requirements to do with their user experience: Achievements, Trophies, and the like.”

You can head here for more information on Next Car Game or simply visit the game’s Steam Greenlight page.