Nidhogg 2 Releasing on August 15th for PS4 and PC 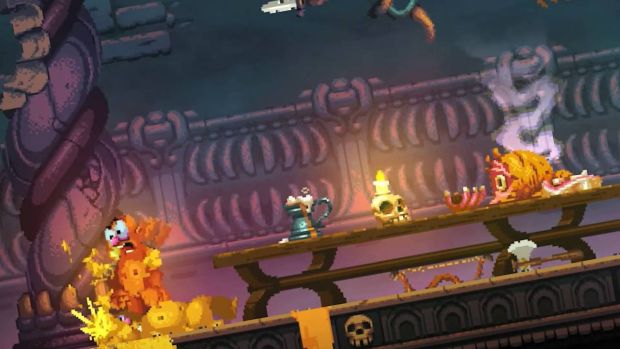 Messhof’s Nidhogg 2, a sequel to the action stabber that many loved, will be releasing on PC and PS4 on August 15th. Studio co-founder and creative Mark Essen announced this in a post on the PlayStation Blog while noting that pre-orders would be live on July 18th.

In the same post, Essen talks a bit about the new art-style and how it focuses on “maximalism” to fully exploit the new bone animation programs being used. “Animated faces, sweet outfits and hairstyles, bustling environments – the doors had swung wide and Nidhogg 2’s visual style was born.”

Players can look forward to over 10 levels, a soundtrack featuring the likes of Daedelus and Mux Mool, local and online multiplayer support, single-player competition against the AI (along with “special challenge rounds”) and much more. What are your thoughts on Nidhogg 2, especially when it comes to the art style? Let us know in the comments below.