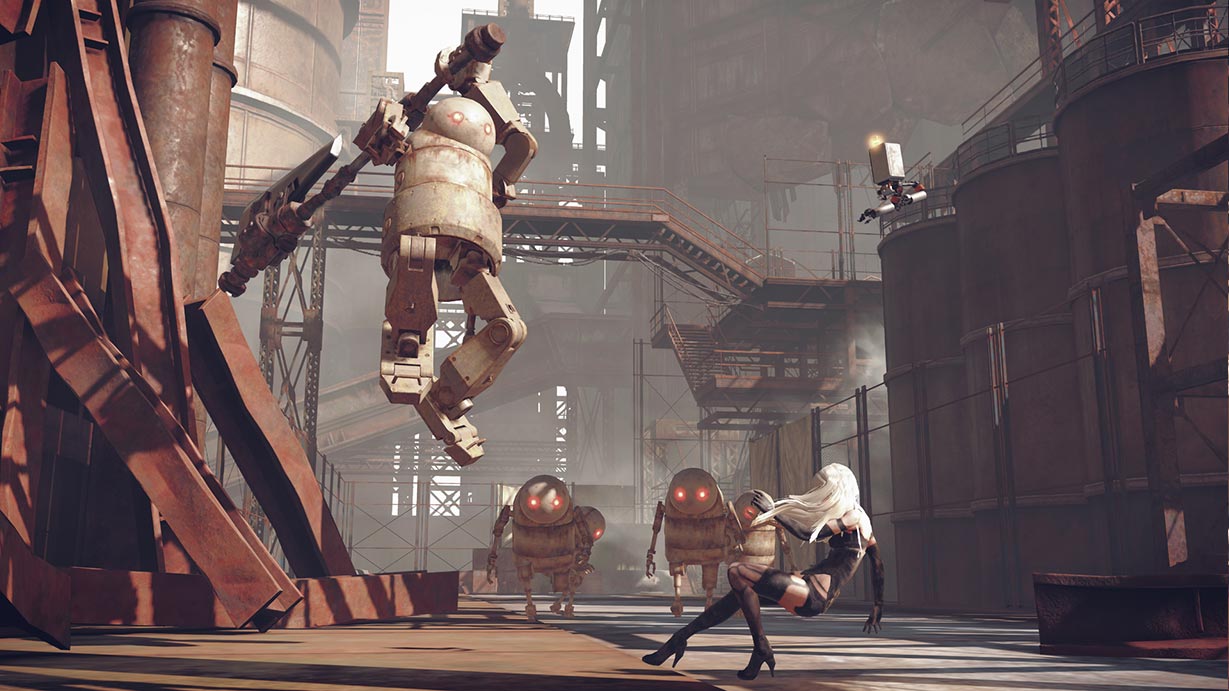 More than a year after debuting on the PlayStation 4, Square Enix’s Nier: Automata is available now on the Xbox One for $49.99. Xbox One players will finally get to experience the tragic tale of 2B, 9S and A2 in all its glory.

Along with the base game, Xbox One players will also receive the 3C3C1D119440927 DLC – which includes new sub-quests – and three bonus costumes based on Nier: Replicant. A Machine Mask accessory, the Grimoire Weiss Pod and three new Pod skins are also included. To access the DLC, progress will have to be made through the story and at some points, it won’t be accessible.

Otherwise, the main appeal of Nier: Automata is its main story. Taking place in the future where humanity has retreated to the Moon while alien machines have taken over Earth, players command 2B and 9S of the YoRHa Squad. Xbox One X features include 60 frames per second along with Xbox One X Enhanced and HDR support.