Players can craft cards to influence the types of environments explored, the creatures present, weather patterns, and much more. 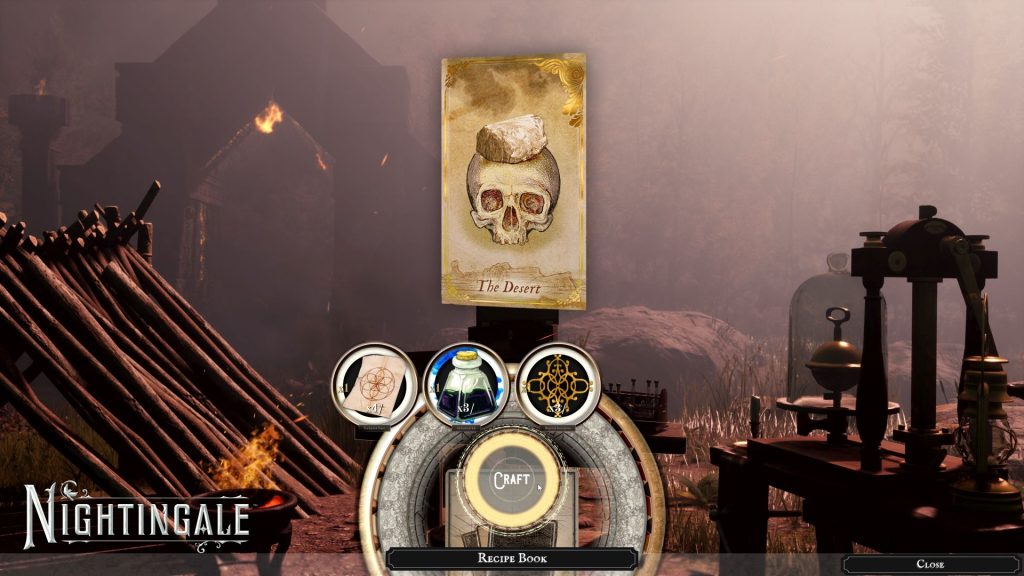 Inflexion Games’ survival crafting title Nightingale received a new trailer during the Summer Game Fest showcase. In a follow-up video at the Future Games Show, CEO Aaryn Flynn talked a bit more about the Realm Card system and how it can influence the types of realms that players come across.

Realm Cards are crafted using magical materials found in the environment and contain modifiers. These determine the kinds of environments you’ll explore, the types of creatures present, weather patterns, how abundant a certain resource is, and so on. Multiple cards can also be combined, leading to a mix of different conditions for a new realm.

Flynn hopes this provides a near-limitless amount of possibilities when exploring the Fae Realms. Nightingale is in development for PC and launches in Q4 2022 for early access on Steam and the Epic Games Store. Inflexion plans to have several biome types, a “large variety of creatures” to hunt, building and crafting, a progression system, and solo and online co-op at the start.