“I don’t know if Sony made any money on Heavenly Sword but we didn’t,” he said.

“There are pros and cons, if you’re exclusive you get more attention but when you’re multi-platform, at this stage in the cycle, there’s more competition. You’ve got to weigh it against each other,”

“But we couldn’t do Heavenly Sword 2 as a multi-platform because it’s owned by Sony, the tech we developed for that game is also owned by Sony.” he added.

“But there’s a different dynamic with a platform holder. I mean, we signed up and we happy to sign up to it because it allowed our studio to grow and we’re really grateful for that, but it feels like as a studio we need to think about the next few years, the next games we release.

“We want them to be multi-platform so we had to come up with a new idea.” 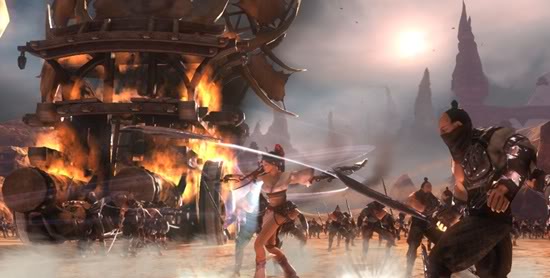 Well, it doesn’t look like Heavenly Sword 2 will ever be developed.

Enslaved is due for release sometime in October of 2010.