Nintendo Is Already Working On More Film, TV, And Other “Visual Content Expansion” Deals For Properties

The company is looking to 2023 and beyond for adaptations.

Throughout the years, Nintendo has been infamous for being incredibly protective of their properties. While there’s been a few exceptions, such as a few animated series here and there and the equally as infamous Super Mario Bros. live action film in the 1990s, Nintendo has largely stay away from allowing adaptations of their many popular IPs. That is slowly beginning to change. The company has allowed more third party developers to work on said IPs, the company has a theme park deal with Universal Studios and in 2022 a new animated Mario film is set to come via Illumination Entertainment. It also seems like the company is looking for more down the road.

As detailed in their latest corporate management meeting (as transcribed by VGC), the company detailed that they are already working on more “visual content” deals. That includes more deals for film, TV and beyond. As you can see from the chart provided below, it seems they look at the 2022 Mario film as a kicking off point with more deals coming in 2023 and beyond.

Nintendo has always been a large brand even during their off years, so it’s quite something to think of how few of their IPs they’ve allowed to be adapted to other mediums. But then again, if you’ve seen the 1993 live action Mario film, you probably have some understanding why. We are apparently still almost 2 years away from the before mentioned new Mario film, but it will be interesting to see what direction these adaptations will take. 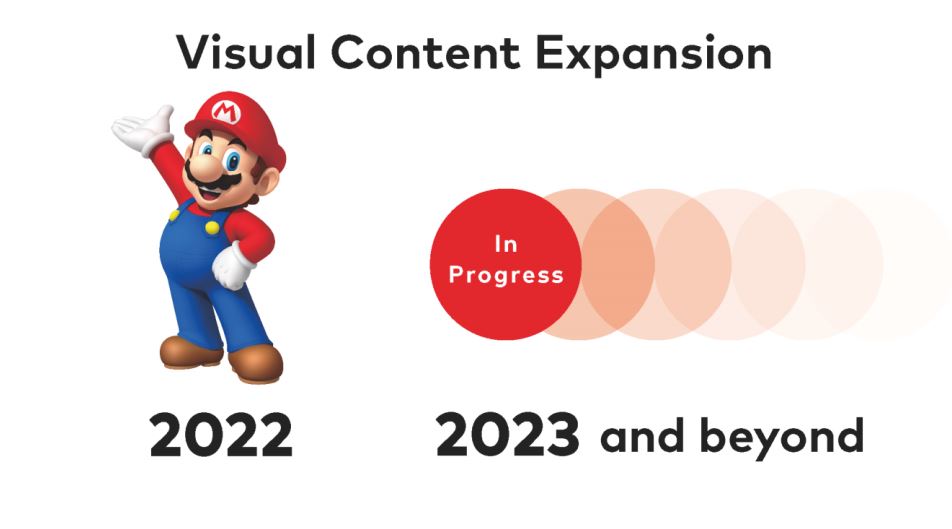