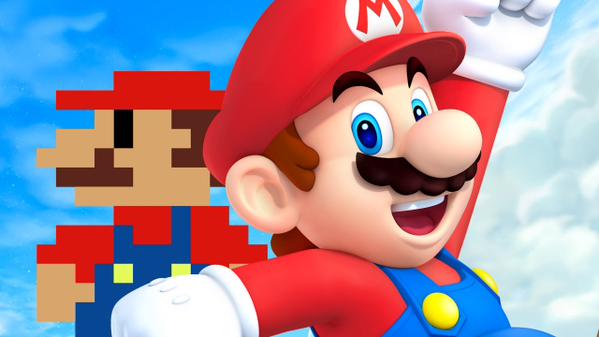 This is a very special week for everybody who is in to our hobby- Mario, gaming’s face and oldest icon, celebrated his 30th anniversary, an occasion that Nintendo celebrated by releasing Super Mario Maker, the game that will hopefully let all players design their own Mario courses.

However, the release of Super Mario Maker (a game that might just be the best game on Wii U yet, judging by early impressions) is certainly a fitting celebration on its own, Nintendo also released a brand new interview with Shigeru Miyamoto and Takashi Tezuka, the creators of Mario and the NES classic Super Mario Bros., with both of them looking back on the making of that game.

It’s two legendary developers, from a legendary company, for a legendary game, in a legendary franchise. There is no other game, series, company, or developer that has ever been as important or influential for gaming as Nintendo has been- seeing how all of that happened, the humble roots from which the modern gaming industry arose, is something else.

You can check out the interview for yourself below. Super Mario Maker is now available exclusively on Wii U.