We could go further into the past with the game's DLC.

Nioh 2 will launch tomorrow, and you can check out the launch trailer through here, and it’s sure to give fans more of what they loved about the first game. It’s blend of historical and mythical Japanese culture made the original game a surprise hit, and it seems Team Ninja has done what they could to refine that experience. It won’t end at the base game, either. Like its predecessor, Nioh 2 will see post-launch DLC campaigns, and we may have gotten a hint about what to expect.

In an interview with Famitsu, Director Fumihiko Yasuda mentioned that you could look to an early purchase bonus armor for hints as to what to expect (you can see that armor below). It’s title the “First Samurai Armor.” This seems to imply that we could get DLC that’s set in an earlier time period than the main game. That’s counter to post-launch content of the first Nioh, all of which took place after the main narrative (thanks to Twinfinite for translations).

Of course, we won’t know until we get there, and we have to play Nioh 2‘s main story first and foremost. It’ll launch on March 13th only on PlayStation 4. 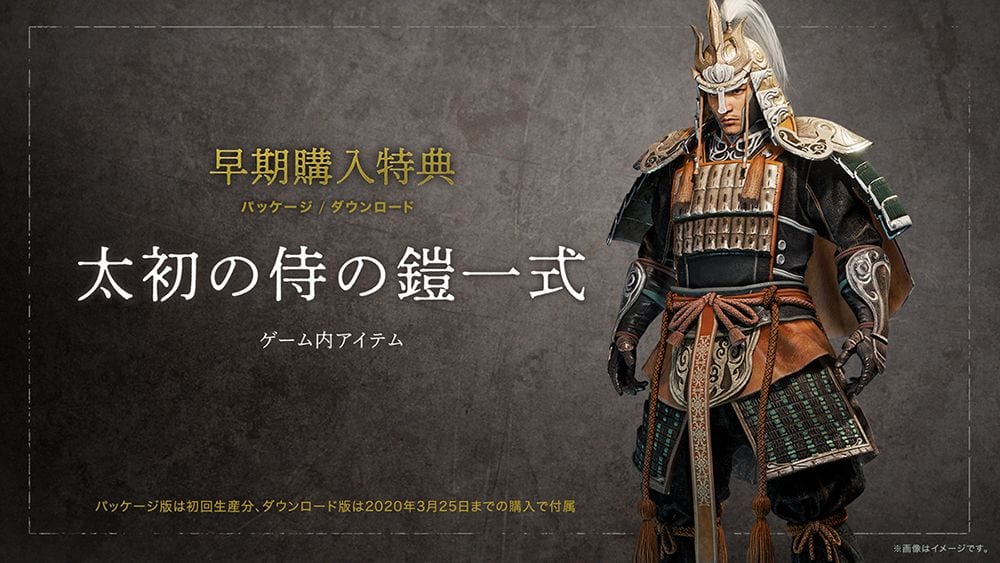