Dan Baker, Partner at Oxide Games speaks to GamingBolt about how their in-house engine is shaping up.

GamingBolt was able to get in touch with Dan Baker who is one of the founders of Oxide Games. The company compromises of industry veterans from Firaxis and Microsoft and they are currently working on a next generation engine for the PlayStation 4, Xbox One and PC. Titled ‘Nitrous’, the engine is being developed to utilize core features of both the next gen platforms. Nitrous Engine will also support AMD’s new API Mantle.

So what exactly is this engine capable of? Read the full interview below.

Ravi Sinha: Nitrous has a 64 bit architecture that enables it to render large numbers of units and light sources on screen, with the tasking system allowing for “10,000 interactive” units. Given the difficulties many developers are having with resolutions and frame rates, do you believe the PS4 and Xbox One will be capable of handling Nitrous’s full potential?

Dan Baker: Yes. Both platforms have eight CPU cores, which is exactly the type of system which Nitrous is designed to use at its fullest.

Ravi Sinha: For what it’s touting, we believe Nitrous would be great for games in the open world and strategy genre. Can you tell us how it would benefit other genres such as, for example, first person shooters and action games?

Dan Baker: There is no technical reason why Nitrous couldn’t handle FPS or action games. There are already many great engines for that genre, however, so it hasn’t been a concentration for Oxide. We could imagine game designs that required large amounts of individual characters or action then Nitrous could certainly enable scenarios that weren’t possible before.

"We can say that there are pros and cons of having embedded RAM in general. The primary limiting factor for an embedded GPU on a CPU is certainly going to be bandwidth."

Ravi Sinha: One of Nitrous’s most interesting features is the Simultaneous Work and Rendering Model (SWARM), which enables the renderer to call upon whichever processor core is available. How will this affect the performance of next-gen console games over the years and will it pose a benefit over engines such as Crytek and Unreal Engine?

Dan Baker: It is essential that next-generation engines be able to utilize the eight-core architectures that are now commonplace. CryEngine and Unreal are excellent engines. Oxide isn’t developing Nitrous to compete directly with them, but rather to handle the type of games that aren’t well suited for those types of engines. Nitrous is really designed for the type of games Oxide wants to make.There was no available technology for that, so we decided to build our own.

Ravi Sinha: Considering that Nitrous will support AMD’s Mantle, will it especially boost visuals for games on the Xbox One and PlayStation 4 given the Radeon-based architecture of both consoles?

Dan Baker: Both the Xbox One and PlayStation 4 have APIs for accessing the GCN architecture directly, so Mantle in itself isn’t needed for that. The main advantage Mantle gives us is the ability to have console-like performance, particularly in batch performance, on the PC. At AMD’s recent developer summit, Oxide demonstrated a PC running at over 100,000 batches per frame. Before now, this type of performance on a PC was unheard of.

Ravi Sinha: There are conflicting reports of the Xbox One’s eSRAM. Some say it is advantageouswhereas others think it is a bottle neck. As someone who is working on the Xbox One, what is your take on the eSRAM and does it really give a boost in performance? Furthermore, how are you guys tackling it in order to integrate it with Nitrous?

Dan Baker: We can’t comment specifically on the Xbox One’s technical specifications. We can say that there are pros and cons of having embedded RAM in general. The primary limiting factor for an embedded GPU on a CPU is certainly going to be bandwidth. On the PC side, the memory bandwidth to the GPU is going to be your limiting factor in most cases on a typical PC with DDR3 memory. In fact, on certain Haswell configurations, Intel has added 128MBof embedded RAM for exactly that reason. For certain operations, this can be a massive speedup. On the negative side, it is always more work to use configurations where there are different memory banks with different speeds, and sometimes it is not always possible to fit your dataset into them. 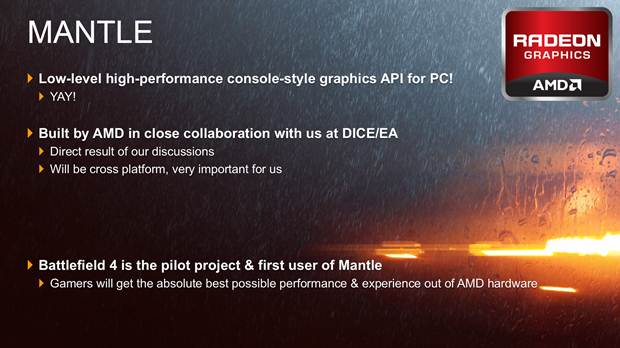 "Nitrous’ primary advantage is the quantity of information it can handle. We are designing it to handle games where there could be thousands or tens of thousands of independent objects onscreen at once."

Ravi Sinha: There’s been much talk about the difference in power between the PS4 and Xbox One, especially with Sony’s 8 GB GDDR5 and a more powerful GPU. What is your take on both consoles and how different are they really from each other?

Dan Baker: We like the PS4 architecture very much.In fact, we’d love to see PCs with DDR5 RAM on them because according to our analysis memory speed is an issue even for the CPU. Once you put a GPU on the same die, you need that much more bandwidth

Ravi Sinha: If recent reports are anything to go by, Xbox One is apparently the lesser machine compared to the PS4, specs wise and at least on paper. Do you think games developed using Nitrous will look consistent across the two platforms or will the engine scale up better on the PS4?

Dan Baker: We can’t comment on perceived performance differences. Certainly,this will vary greatly depending on the type the specifics of the particular game, not necessarily the engine being used.

Ravi Sinha: Can you talk about the different types of tool sets that you are going to offer to the developers?

Dan Baker: We’re not able to go into detail about this just yet.

Ravi Sinha: Every engine out there has one feature that it truly excels in. For example Kojima Production’s Fox Engine creates some amazing lightning and photo-realistic mo-cap. What is the one thing or advantage that Nitrous will have over other engines?

Dan Baker: Nitrous’ primary advantage is the quantity of information it can handle. We are designing it to handle games where there could be thousands or tens of thousands of independent objects onscreen at once. You could imagine a game where you are commanding an entire Roman Legion, or two of them. Nitrous can handle that.

"Oxide is still a game company first – and we are building Nitrous to suit our own needs for the games we want to make."

Ravi Sinha: Do you think PS4 and Xbox One are at a point where they will consistently output 1080p at 60 frames per second?

Dan Baker: Sure, this was even possible on the last generation – if it was the priority. However, keep in mind that films play back at 24fps, so a game may choose to trade off raw framerate for other things.

Ravi Sinha: When do you think will the engine will be available for licensing and have you worked out on the pricing?

Dan Baker: Right now, we are working with a few close partners. Oxide is still a game company first – and we are building Nitrous to suit our own needs for the games we want to make. Actually, we are in a position where we don’t need to license our tech at all, but Oxide really wants to see (and play!) the types of games that Nitrous enables.In fact, we weren’t originally intending to license the technology quite so soon, but the interest has been really high so far.