Tame, adopt, and grow your bond with all manner of alien creatures. 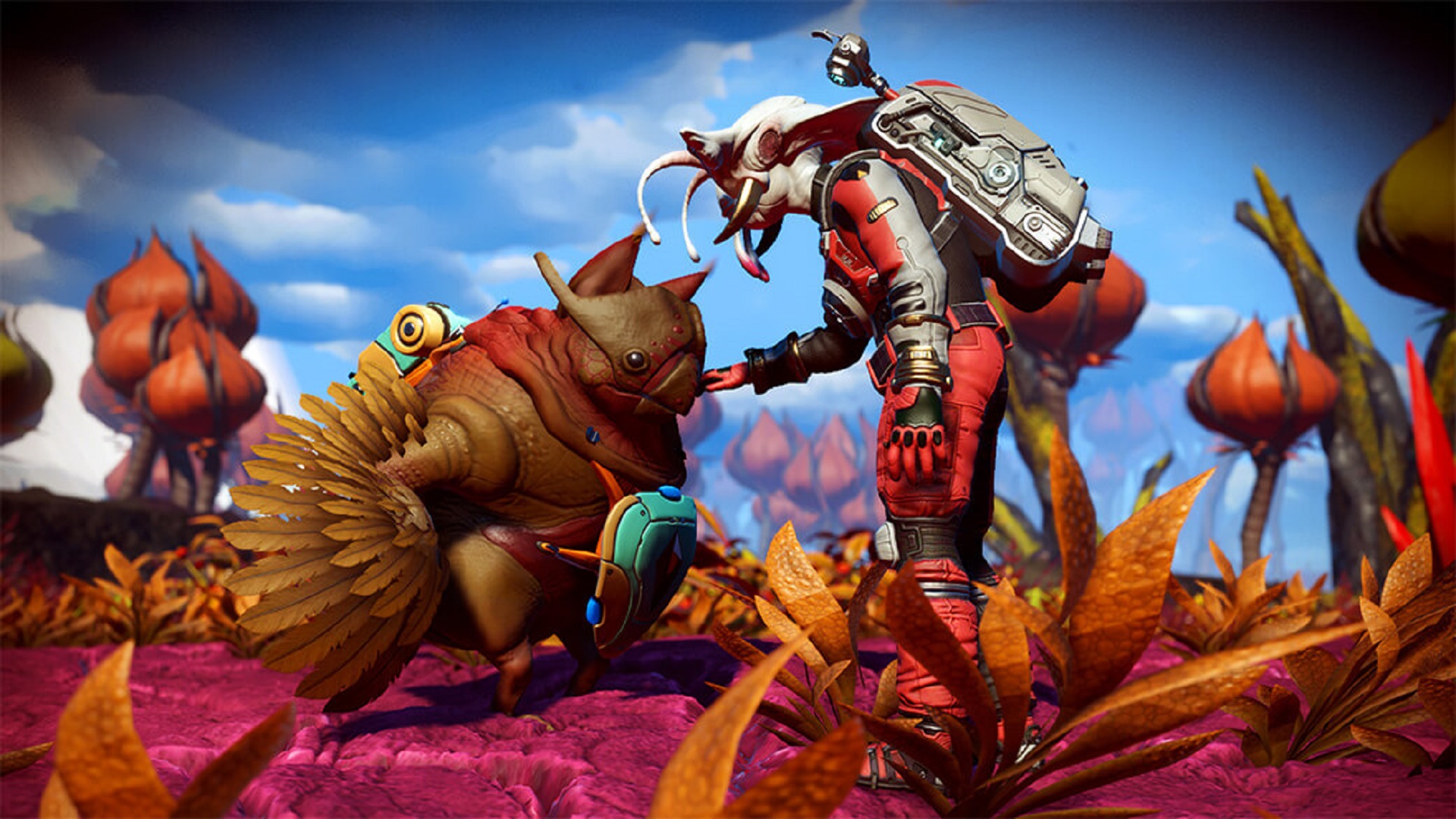 Hello Games’ No Man’s Sky has been on the receiving end of constant and consistently great post-launch support over the years, with multiple major expansions and updates adding to the game at a consistent clip. It’s newest update has now also arrived, and it adds companions as a major new mechanic to the game.

Players will now be able to tame and adopt any alien creatures they come across as their pets or companions. Once you’ve bonded with a creature, you’ll be able to summon them anywhere. Baby creatures will need you to nurture them and look after them as they grow up, while you can also feed your companions and play with them to grow your bond with them.

Having companions with strong bonds will also bring about several benefits, such as scanning for resources, providing torchlight, hunting hostile creatures, digging up treasures, locating buildings, using their own shoulder-mounted mining lasers, and more. You can get more details on all of that, as well as on their unique personalities, customizations, translations, gestures, and more through here.

No Man’s Sky is currently available on PS5, Xbox Series X/S, PS4, Xbox One, and PC. Hello Games are also currently at work on a “huge” and “ambitious” new project, though they’ve confirmed it’s not a sequel to No Man’s Sky.