Explore the universe and gather Memory Fragments with each death resetting the loop. Rewards include a special frigate for one's fleet. 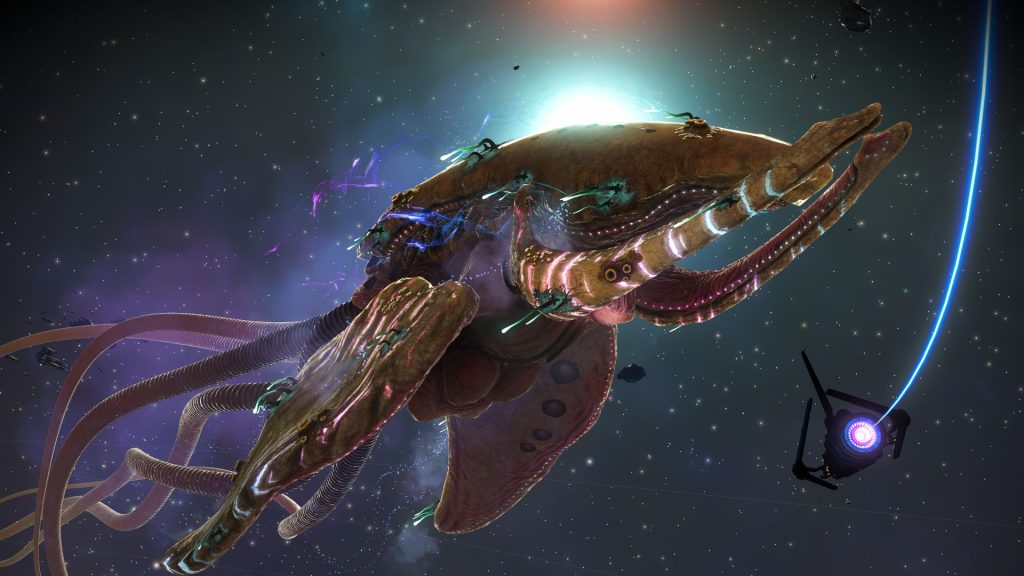 The newest Expedition for Hello Games’ No Man’s Sky, Leviathan, is now available on all platforms. It allows players trapped in a time loop and having to gather Memory Fragments. Since Survival Mode settings are enabled, each death means restarting from scratch, lending a rogue-like flavor to the mode.

Memory Fragments can appear as different pieces of technology so you’ll encounter different kinds with each loop. As more and more players partake in the Expedition, the Memory Fragments become stronger. This results in more inventory space, better starships and Multi-Tools and improved upgrades. Of course, there is a story to pursue, one that will see Travellers coming face-to-face with The Leviathan..

The Expedition will be available for six weeks and is accessible through Community Expeditions. Rewards include three posters for your base (the Leviathan, Loop, and Timesplice) along with a Temporal Starship Trail. You also get the Whalestalker Cloak, an Organic Frigate Calf that can be housed in your base and The Leviathan itself as a frigate for your fleet.

For more details on the update, check out the full patch notes below.