No Man’s Sky NEXT Will Release On July 24, Will Add Proper Multiplayer Functionality

This new update will now allow players to bump into each other in the game's universe. 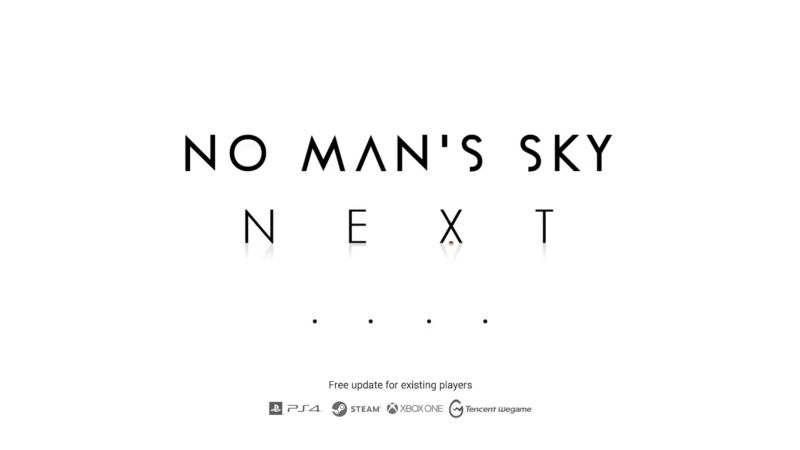 Hello Games and its Founder Sean Murray had initially led fans on to believe that the game would support proper multiplayer functionality. They had suggested that players would be able to meet each other out in the game’s universe, so when this turned out to be untrue, people were naturally disappointed. However, a new update will soon be releasing that will add this feature to the game.

The developers had announced earlier that a free update called ‘No Man’s Sky NEXT’ would be releasing in the summer and that it would be the biggest  update the game has received until now. It is this update that will add proper multiplayer functionality. The update will release on July 24 for the PC, PS4, and Xbox One. In a blog post on Xbox Wire, Sean Murray commented about the upcoming multiplayer feature, “We’ve been playtesting multiplayer for the last six months, and the game has evolved into a very new experience that we think the community will enjoy.

For example, you’ll be able to explore the universe with your friends, or bump into random travelers. You can help friends to stay alive, or prey on others to survive. Tiny shelters or complex colonies that you build as a team are shared for all players. Fight as a pirate or a wingman in epic space battles with friends and enemies. You can race exocraft across weird alien terrains, create race tracks and trails to share online.

“That’s always been the potential I think everyone could see in what we were making, it’s been a lot of hard work, but thanks to team and the community we are so glad to finally able to make it a reality,” Murray stated.

It certainly looks like this new update will help get the game on the right track as it’s going to be a lot more fun exploring the game’s universe together with friends and foes.