Polestar is the newest Expedition and it sees players commanding a heavy shipping freighter that requires numerous repairs. 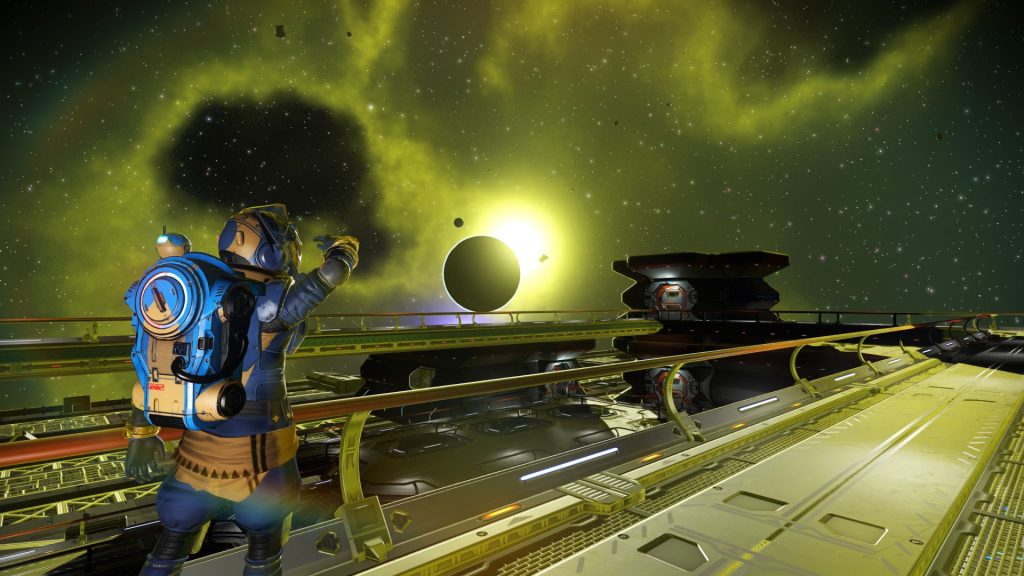 Following the release of Endurance, Hello Games has released patch 3.97 and added the eighth community Expedition for No Man’s Sky – Polestar. As the commander of a heavy shipping freighter, players are tasked with repairing it. What led to the freighter’s current state? That’s for you to find out. Completing all milestones in the expedition allows players to end it early and convert progress into a Normal Mode save.

Any saves during the Expedition will also automatically convert to Normal Mode saves when it concludes in six weeks. As for the rewards, players can look forward to three posters for their base – Pilgrim, Polestar, and Heavy Shipping – along with a limited edition freighter trail. You can also add the Navigation Archive, Data Display Unit, and Flaming Barrel decorations to your base.

Finally, there’s a cool Fleet Commander’s  Cape to commemorate your Polestar journey and a Child of Helios egg, which hatches a spectral creature to accompany you. For more details on patch 3.97, check out the full notes below. Though the developer is currently “taking time” to address various issues, it promises even more content and “surprises” for this year. Stay tuned in the meantime.