No Straight Roads – Encore Edition Launches for PS5 and PS4

Encore Edition includes plenty of new content and improvements, and will be a free upgrade for anyone who owns the base game. 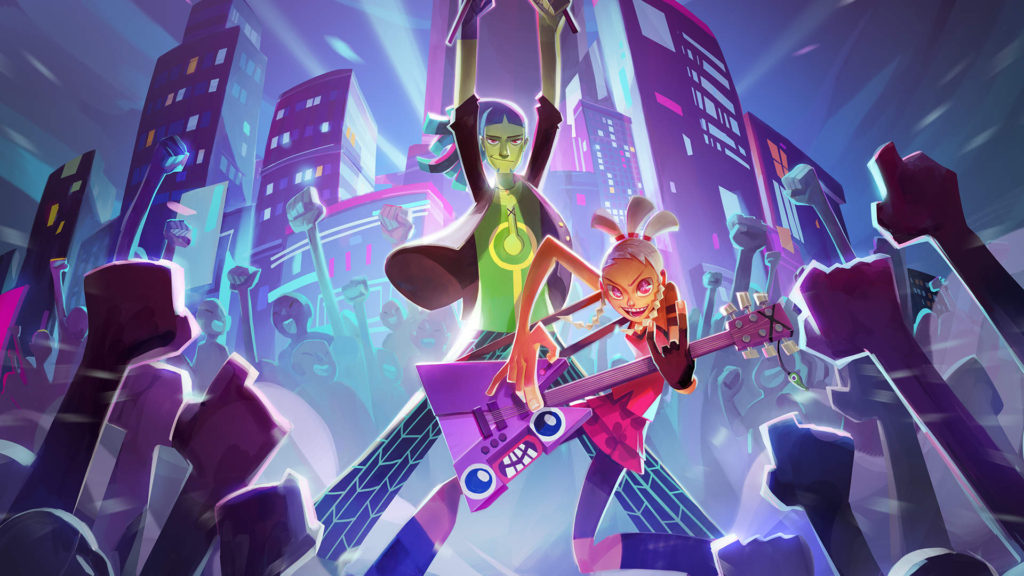 Metronomik’s trippy musical action-adventure game No Straight Roads launched for PC and consoles back in August 2020, and a little over a year later, an expanded version of the game, dubbed Encore Edition, launched for PC. At the time, there was no word on if the expanded release would arrive for other platforms as well, but we now have a definitive answer.

Metronomik and publisher Sold Out have announced that No Straight Roads – Encore Edition is now available for PS5 and PS4, which makes it the first native launch for the game on PS5. Anyone who already owns the base game gets the Encore Edition for free.

In addition to all previously released post-launch content, Encore Edition also adds over 500 pieces of fan art to collect and use for customization, new remixes, a new opening cinematic, and various quality-of-life improvements, including visual upgrades, audio improvements, an improved multiplayer camera, equipment presets, and more.

Whether No Straight Roads – Encore Edition will also eventually launch for Xbox and Switch remains to be seen.

In our review of No Straight Roads upon its 2020 launch, we gave it a score of 7/10, saying, “No Straight Roads looks great, sounds great, and has great characters- but it has major gameplay issues that bring down the whole experience.” You can read our full review through here.

In addition to PlayStation consoles and PC, No Straight Roads is also available on Xbox One (and playable on Xbox Series X/S via backward compatibility) and Nintendo Switch.