Two new forms, Killer Bee and Mechanic, are coming along with a new challenge-filled area, The Tempering, to all platforms for $4.99. 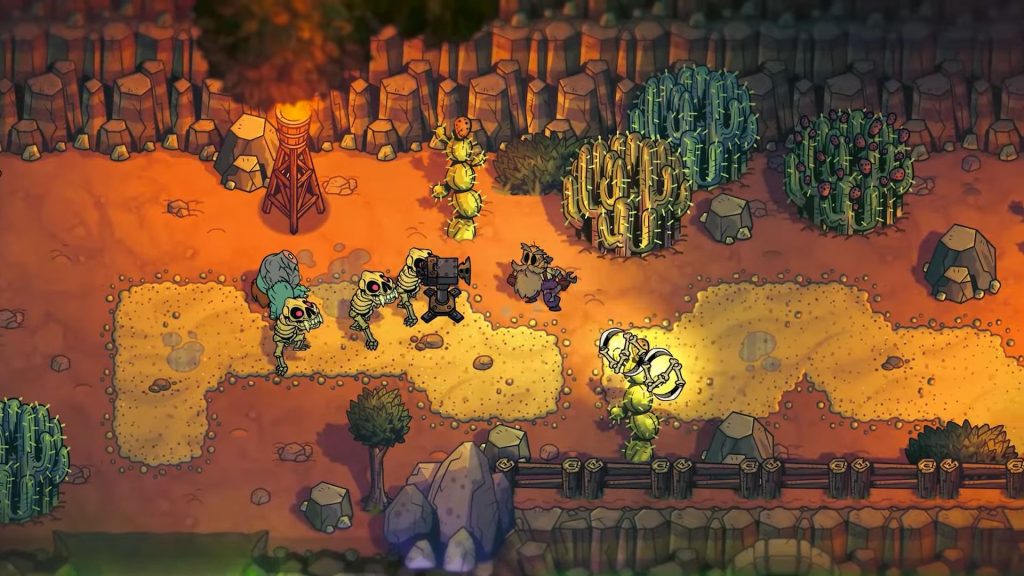 Drinkbox Studios’ form-shifting action RPG Nobody Saves the World is getting some new DLC. Out on September 13th, Frozen Hearth will add new forms, a new area and new challenges for $4.99. Check out the reveal trailer below.

The DLC adds two new forms – Killer Bee and Mechanic – each with unique abilities and play styles. To unlock them, you’ll need to venture to a new area called The Tempering, which offers different puzzles and tests of skill (like Mini Golf, apparently). Once the new forms are unlocked, they’re usable in the main game and DLC.

As for what inspired it, lead designer Ian Campbell said, “When we shipped the original game, there were so many ideas we had to leave on the cutting room floor, and this DLC gave us a chance to bring some of them to life. We had a blast creating even more forms, as well as puzzles and challenges that make the most of the game’s mix-and-match customization!”

Those who have yet to play the action RPG can pick up the base game and Frozen Hearth in a bundle for $27.99 on consoles. A Steam Bundle for the same, which includes the original soundtrack, will also be available. Stay tuned for more details on pricing for the same.

Nobody Saves the World is available for Xbox One, Xbox Series X/S, PC, PS4, Nintendo Switch, and PS5.