Following the huge success of Uncharted 2: Among Thieves, both critically and commercially, it’s almost certain that a third installment in the series is on the way from Naughty Dog. Besides from winning Game of The Year, Uncharted 2 hasn’t stopped winning awards, and is undoubtedly considered one of the best PS3 games.

In an interview with Nolan North, voice of Nathan Drake in the Uncharted series, he was asked whether or not he’s working on the third installment of the game. North replied:

“I’m not supposed to talk about that. I’ve been told I can’t say one way or another. But I will ask a question back: Do you think it would be financially responsible of Sony to not make a third game that has made hundreds of millions of dollars for their company?

“You’ve just got to use your common sense. What do you think? I’m not supposed to say one way or the other. I would encourage everyone to tap into their common sense.”

He has a point, it is common sense.

“I’m sure if we all used our common sense, I’m sure that decision from Sony will be very, very soon. Not that I would know anyway. I would think that we would just have to hope that our senses are finely tuned into how the industry works. Not that I’m saying anything one way or the other. You should understand that… You should all think about what would be sound decisions [laughs].”

We suggest you listen to the full interview over at PlayStationChat. 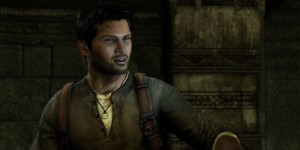