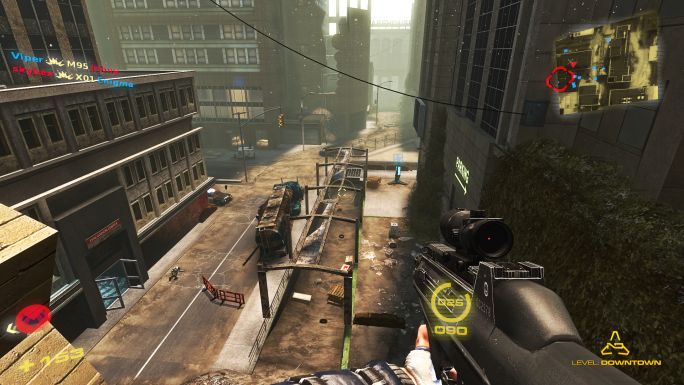 Nuclear Dawn is a breath of fresh air for the genre. I was very impressed when I played a few games, as it really showed glimpses of brilliance. There are a few faults and some niggling issues here and there, though. First of all, Nuclear Dawn is a FPS + RTS hybrid that plays really well. The developers knew what they were doing here and it shows. You really won’t have any problem with the gameplay mechanics on offer as it is quite straightforward. The game is a multiplayer only shooter, so there if you need a comprehensive package, you won’t find it here but what you’ll find is a well-made squad based multiplayer experience that works quite well.

The game runs on the Source Engine and doesn’t really require any high-end computer to run, as you would expect with that engine. Also, the thing that is baffling is that you don’t really have many options to play with either. The commander is the central figure in the game, who can build structures and manage the other things that are so essential in a RTS game. People who are not fortunate enough to be the commander go head-to-head in battle in the classic first-person shooter style. You can do a vote kick against the commander if you feel he isn’t doing a good job. It’s all well implemented here.

There are two factions, namely the Consortium and the Empire. They really don’t feel all that different from each other except the colors. You can pick any faction or one of the four classes in-game when you die. It’s a game of controlling the territory and aggressively pushing forward and defending your base against an onslaught as well. Once you push into the heart of the enemy base and destroy the bunker the game is yours. The game supports 32 players so it really feels busy at times, as if you are in a real battlefield. Of course, graphically you can’t expect a lot here but still, it looks great considering it is running on an old Source Engine. 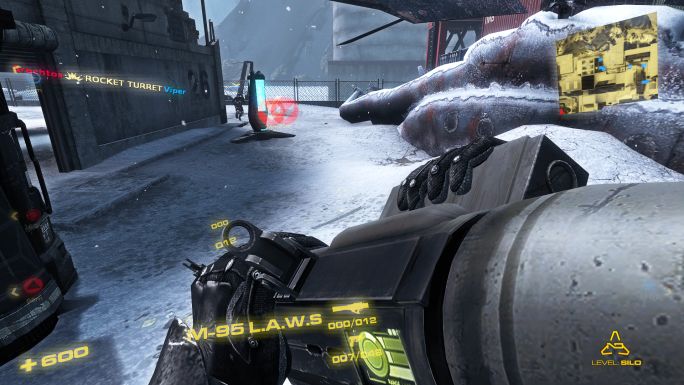 There are a lot of weapons to choose from here. I liked the Sniper implementation as it reminded me of the Killzone 2/3 Sniper who has the ability to cloak. Here it is more pronounced as you can really miss someone camping while cloaking. The weapons range from SMGs to Assault Rifles to the damn Chaingun as well. I really hate this gun in this game, as it feels very powerful to me combined with an insane range. If you end up anywhere close to a guy with a Chaingun, you won’t make it out of the battle in most situations. Other than this, the game feels quite balanced and all the weapons pack a punch. Destroying structures with weapons other than RPGs rarely works though and is very time consuming.

There can be a lot of tactical gameplay on offer here if you are pit against a good team and if you are in a team with people who know what they are doing, especially the commander. The spawn system is pretty decent as you don’t have to wait a lot of time to get into the action. I love the maps in the game, they really promote some good close quarters combat and long range action. Some of the map design is just brilliant. There are quite a few available at your disposal here. I am really fond of the abandoned Arab map, which gives a feeling of loneliness. There are six maps here and they are all well created. if your teammates are aggressive, you can win any games easily but it also depends on the opponent.

The learning curve is slightly high here, as I mentioned before due the lack of a single player component. Even a decent tutorial would have helped as mostly you have to learn through trial and error. The server browser is pretty decent and you can join games quickly. I haven’t encountered any lag in this game and it seems like the developers really put an effort into the netcode. It’s one of the main reasons why the game is so much enjoyable if you find a good game. There are a lot of options to communicate with your teammates especially with voice chat and the classic press ‘T’ to chat that makes PC online gameplay a lot of fun for people who are unable to voice chat due to the lack of a mic.

Nuclear Dawn is a simple straightforward game. You need to learn all the gameplay mechanics before you can become competent at the game, and it will take a while and if you do it will reward you with some find tactical FPS and RTS goodness. The game runs well, and the visions of the designers are realized here as it doesn’t get too much annoying. I would have liked a single player component though, as it would have served two purpose – making people familiar with the game and also giving them less competitive gameplay to hone their skills. As it stands now, the game is still well worth buying if you are looking for a different yet fun multiplayer game on the PC.

Final Verdict:
SUPERB
The game runs well, and the visions of the designers are realized here as it doesn’t get too much annoying. I would have liked a single player component though, as it would have served two purpose – making people familiar with the game and also giving them less competitive gameplay to hone their skills. As it stands now, the game is still well worth buying if you are looking for a different yet fun multiplayer game on the PC.
A copy of this game was provided by Developer/Publisher/Distributor/PR Agency for review purposes. Click here to know more about our Reviews Policy.