Either that or Obsidian is really overhauling Alpha Protocol. 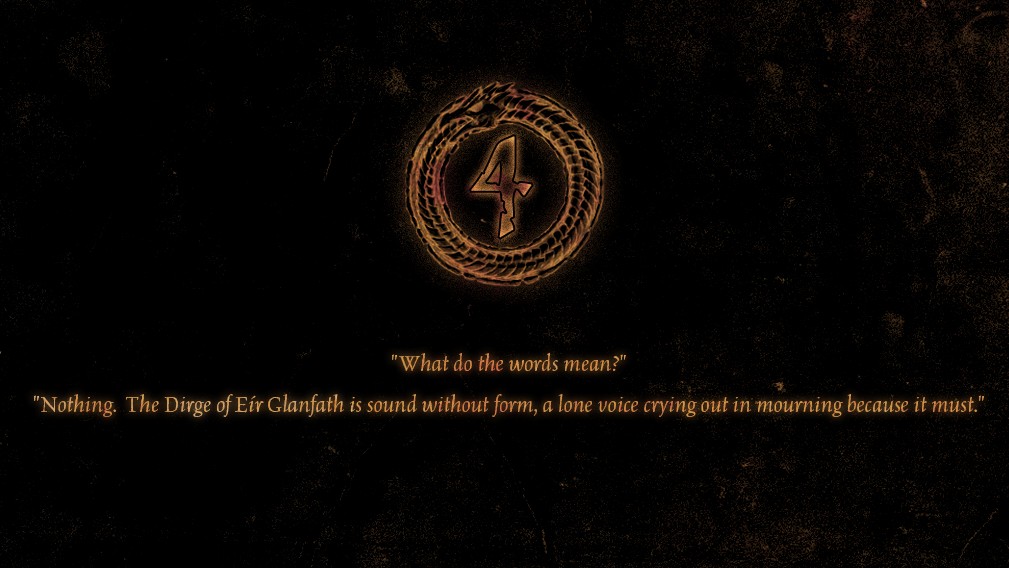 Ah teaser sites. In no way whatsoever are you overused and annoying. And thank heavens no one intimated the same to Obsidian Entertainment, who have recently launched a new teaser page.

The page itself contains two lines, with the number 4 encased in an Ouroboros like symbol. The lines in question:

“What do the words mean?”
“Nothing. The Dirge of Eír Glanfath is sound without form, a lone voice crying out in mourning because it must.”

As pointed out by the kind folks at NeoGAF, the symbols bears a striking resemblance to the same one from Dungeon Siege 3, another Obsidian game. Speculation is already on that the upcoming reveal is Dungeon Siege 4, and really, until the next Fallout features dragons and medieval fantasy lore, it’s a given that this is what it’ll turn out being.

Then again, speculation is speculation. We’ll cover the reveal soon enough so stay tuned for more.