Oddworld Developer: “Our Profits Are Going Back Into Games”

Lorne Lanning is back, and less tolerant of big publishers than before. 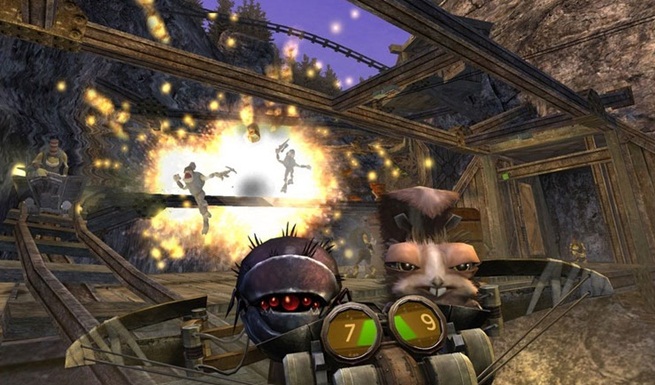 Lorne Lanning is quite the outspoken man. Considered the head honcho behind the Oddworld series, he famously stated to Electronic Arts, regarding the acquisition of the team following the limited success of the franchise, “Fuck you very much.” And then he left. And then he came back, and he’s out for blood. Partnering with Stewart Gilray and Just Add Water, Lanning wants to get closer to fans and go about developing the best titles possible.

Speaking to GIBiz, Lanning stated, “Our agreement is, you won’t be seeing our profit being spent on Ferraris and shit like that. Our profits are going back into games so we can ultimately raise to the point where we can grow our audience, who are expecting new content.”

On the decision to reject EA, he states, “When you say that to us, we go ‘fuck you very much’, quite frankly. That’s not a sustainable model, that’s a hostile acquisition. That’s why we had to strive to get independent. Rather than get into bed with someone we knew was a horrible bed partner we said ‘let’s stay virgins for longer’.

“If we have a hope on this digital landscape we’ll be able to go directly to our audience and learn more about them, more from them. Let’s make a really intelligent re-entry into the market place and show that games to people who didn’t get exposed to them. And then if that’s successful we’ll have the money to start building brand new stuff.”

And really, you have to read the original article because Lanning is tossing pipe bombs left and right.