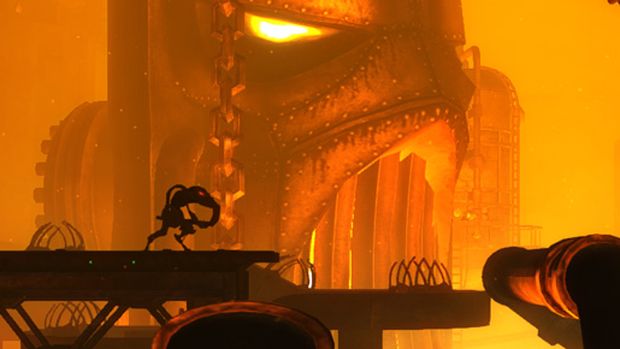 Oddworld Inhabitants’s Lorne Lanning is perhaps one of the most outspoken designers in the industry today. Recently, he spoke out against the abundance of “Britney Spears-class” content in comparison to more meaningful and deeper games.

In conversation with Polygon, Lanning stated that, “As storytellers in the 21st century, many designers, creators, and writers will be compelled to make deeper more meaningful and relevant content that reflects the challenging issues happening in the world around them today.

“Storytellers have been doing this from the beginning. Shakespeare reflected governmental corruption in his plays, without preaching about the obvious issues of his day. Pink Floyd was able to express cleverly their issues with the negative music industry practices and general dismay with capitalism, while in turn making some of the greatest selling entertainment music of all time.

“When content is deeper and more meaningful, then you can still create highly digestible and widely consumable entertainment products. Or, you can make Britney Spears albums. The games industry has more Britney Spears-class content than Pink Floyd. We just always aimed to deliver more of the later.”

Of course, it’s a problem with publishers since they focus more on the game’s marketing. “The least likely place we should expect to see more subtly influential, deeper content is from those products with the highest budgets and greatest focus on ‘must have massive audience consumption results.’ Anything that looks to possibly rock the boat toward that end, and reduce the size of the possible audience take will prove more likely to be cut from the end product before it ever makes it to the shelf.

“The more audiences realize that deeper content reflecting relevant truths can be more refreshing and engaging, [the more] we see documentary films having greater successes than ever in history. This is reflective of an evolving appetite that more people want more meaningful content and want to walk away from their experiences with more lasting impressions that add ‘more value to their lives.’

“This is why indie music is trending far more interesting in its content than the big pop stars with the highest short term sales. This is why indie films have more meaningful and lasting results on audiences than big blockbusters. Games are no different. It’s an investment versus returns reality.

“The best way to see deeper content manifesting in any of those mediums, is for creators to figure out how to deliver the products cheaper so that they may retain far more creative influence in the end product. Great content lasts the test of time, big pop for the moment evaporates from the history books more quickly.”

Currently, Oddworld Inhabitants and Just Add Water are working on Oddworld: New ‘N’ Tasty, a remake of Abe’s Oddysee set to release in Q4 2013 for PC, Linux, Mac and Nintendo eShop with a PS4 release due next year.