What are you doing to us, Kojima? STAHP!

First, you need to rewatch a section of the trailer. Skip to 0:30. The bandaged man is picking up the guy who looks a lot like Snake, and says “On your feet, soldier.”

Now, look at this image from the comic, uncovered by Reddit user “megatomm”. 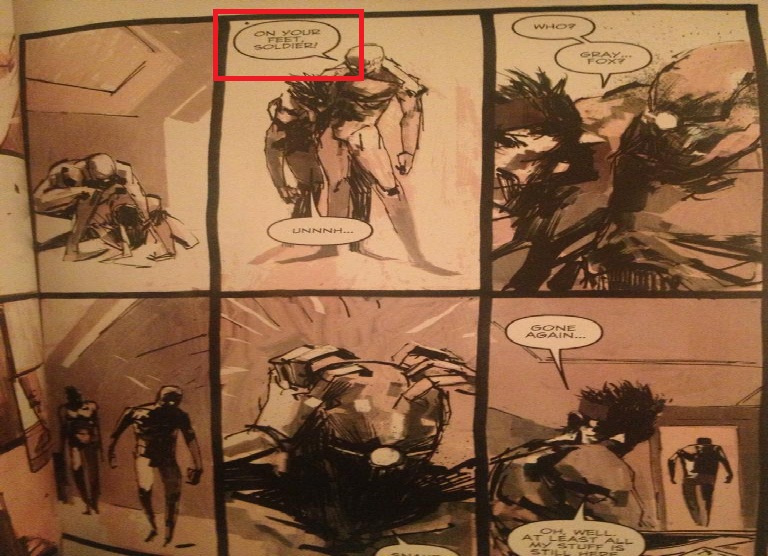 We’ve highlighted the important part. The man is picking up an injured Snake in a corridor that resembles the corridors from trailer for The Phantom Pain, and says these words exactly: “On your feet, soldier.”

Of course, this could all be a co-incidence. A lot of people pick other injured people up in corridors. But The Phantom Pain has been linked to MGS too many times already.

There is a possibility that this could be a reference to The Phantom Pain. Stay tuned for more updates.