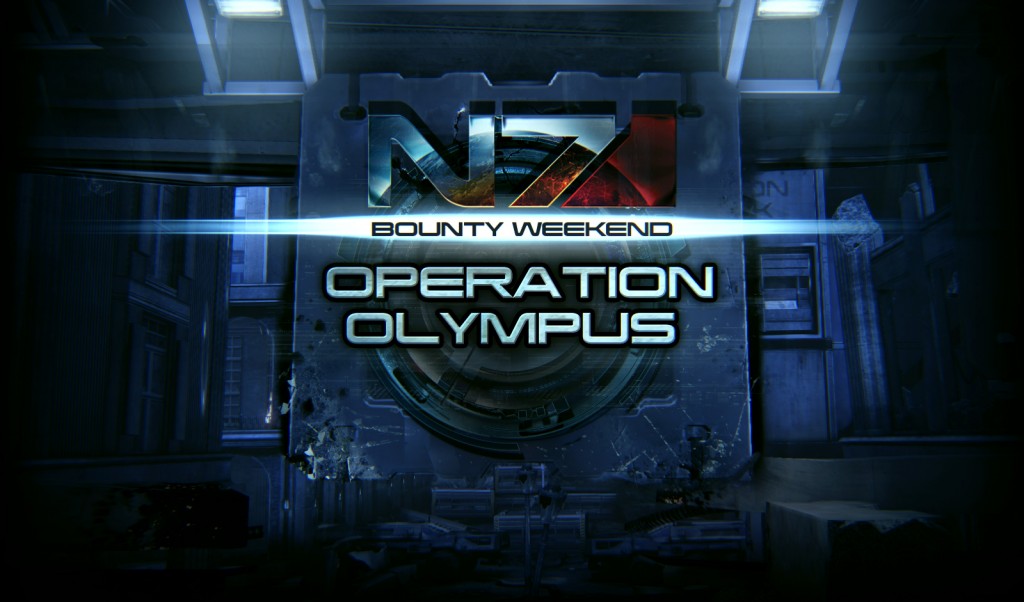 Enjoying the new classes of Bioware’s new “Earth” DLC for Mass Effect 3? People have been wanting to give those damn Phantoms a taste of their own medicine for a while now, and it’s been oh-so worth it.

Of course, that’s not all. With missions that takes place on Earth during the Reaper invasion, it’s only pertinent that the Bounty Weekend should take place smack dab in the midsts of London during intense Reaper activity.

According to Bioware, “Operation: Olympus will focus large-scale strikes on the Reapers to buy the Resistance time to investigate.”

Your goal will be full extraction from Firebase London using any kit on any difficulty, but the community as a whole has a bigger task: completing wave 10 against any enemy on any map with any kit for a combined community total of 200,000 Bronze missions, 175,000 Silver missions and 70,000 Gold missions.

Those successful in squad missions will receive a Commendation Pack while allied success nets each gamer a Victory Pack.