Orcs Must Die! Unchained, Hero Academy 1 and 2 Shutting Down

The three titles will be available until April 8th, with free currencies doled out to those still playing. 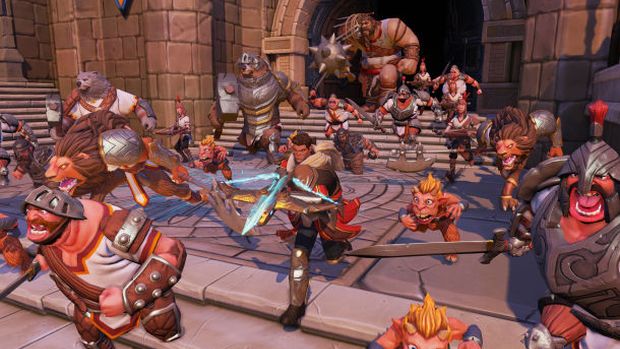 Robot Entertainment has announced that three of its projects – Orcs Must Die! Unchained, Hero Academy, and Hero Academy 2 – are being shut down. In an official update, CEO Patrick Hudson revealed that the titles were being run at a loss for several months. However, it’s no longer possible for the developer to do so.

“Making and supporting a game is a long and challenging journey. Along the way, there are plenty of highs and plenty of lows,” Hudson’s statement reads. “The communities who play our games join us on these journeys. We know this decision affects our players as much as it does us.

“We’ve kept these games operating at a financial loss for many months. Unfortunately, it’s no longer sustainable for us to do so. We must shift our focus to future games and make our investments there.”

Players can still partake of all three titles, but they have only until April 8th, 10 AM CT to do so. All players logging in to Orcs Must Die! Unchained and Hero Academy 2 will receive a “substantial” amount of free hard and soft currencies. The currencies will take up to 24 hours to reflect though, so be patient.

Robot Entertainment didn’t announce any layoffs in the wake of these closures, so it’s not the end of the world. Furthermore, it’s focused on developing two other games, which it hopes to reveal later this year. While it’s sad to see Orcs Must Die! Unchained and Hero Academy winding down, it will be interesting to see what the developer has planned next.