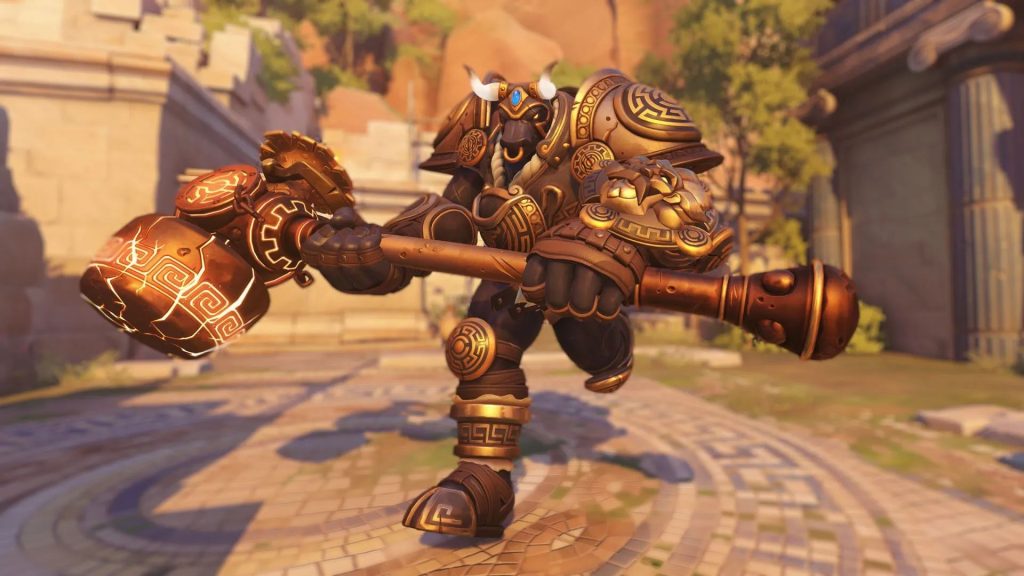 Winter Wonderland ends on January 5th for Overwatch 2, but a new limited-time mode is available for all players immediately after. Battle for Olympus sees seven heroes battling it out in a free-for-all deathmatch with their Greek mythology skins granting unique abilities. Check out the first trailer below.

Junker Queen is Zeus and can use Commanding Shout and Rampage to hit enemies with lightning. Pharah is Hades, which doesn’t seem to have any bearing on her ability to heal and move while Barrage is active. Widowmaker’s Medusa skills will come in handy, as scoping in on enemies while Infrasight is active turns them to stone.

While Château Guillard is confirmed, other deathmatch maps will likely be available. A global leaderboard will also be live that tallies eliminations for each hero during the mode’s availability. The one with the most eliminations gets a statue on Ilios, which is neat. Stay tuned for more details when Battle for Olympus goes live tomorrow.