Doomfist gains the ability to block damage and empower his next Rocket Punch while Orisa has several new abilities focused on javelins. 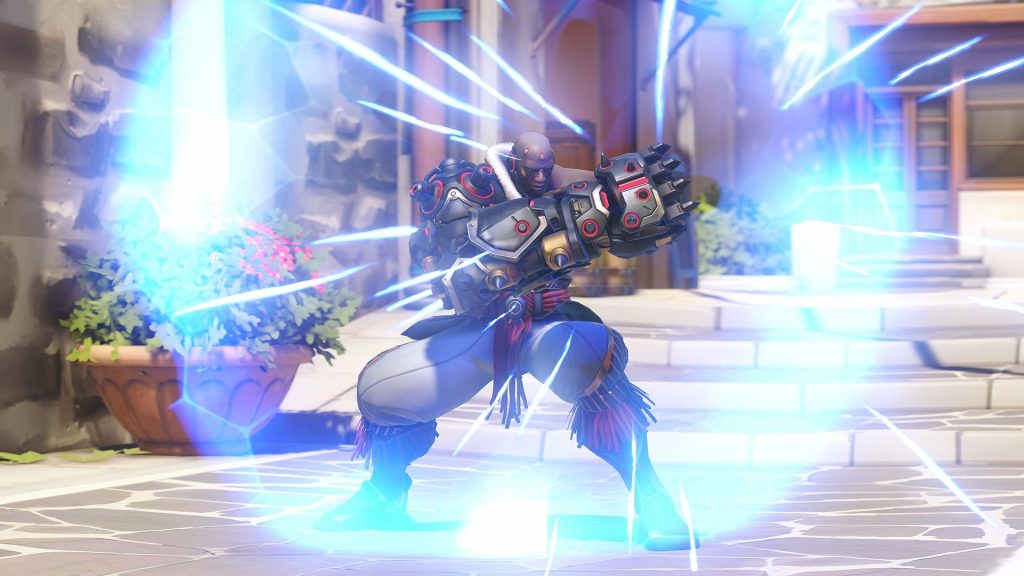 Blizzard Entertainment’s Overwatch 2 is having a closed beta next week for PvP, providing select fans the opportunity to try out four new maps, the new Push Mode and new hero Sojourn. However, it also offers a chance to test the reworks for four heroes – Bastion, Sombra, Doomfist and Orisa. In a new post, lead hero designer Geoff Goodman has detailed the latter two’s new kits.

Doomfist is now a tank, as confirmed previously, and now has 450 HP. He can use Power Block to block damage, which subsequently powers up his Rocket Punch. Rocket Punch now only requires one second to fully charge up, dealing 15-30 impact damage and  20-40 wall slam damage. The Empowered version deals even more damage while traveling faster and further.

Uppercut has been removed and Seismic Slam now works like Winston’s Leap, dealing damage and also slowing enemies on landing. As for Meteor Strike, it has a lower activation time and slows all enemies on hit (though the outer ring damage has been reduced to 100-15).

Orisa is getting an even bigger overhaul. Protective Barrier, Halt! and Supercharger are all gone. Instead, she now has an Energy Javelin that can stun and knock foes back, becoming more effective if they hit a wall. Fusion Driver is now “Augmented” and fires large projectiles which begin to shrink. It also works on a cooldown mechanic instead of ammo. Fortify now provides 125 temporary HP, and reduces the heat from firing Fusion Driver by 50 percent while slowing Orisa by 20 percent while active.

She can also spin her Javelin to destroy projectiles and push back enemies, or activate her new Ultimate, Terra Surge which enables Fortify, pulls in enemies and begins charging for an area-of-effect attack. Selecting Primary Fire will detonate the attack early. 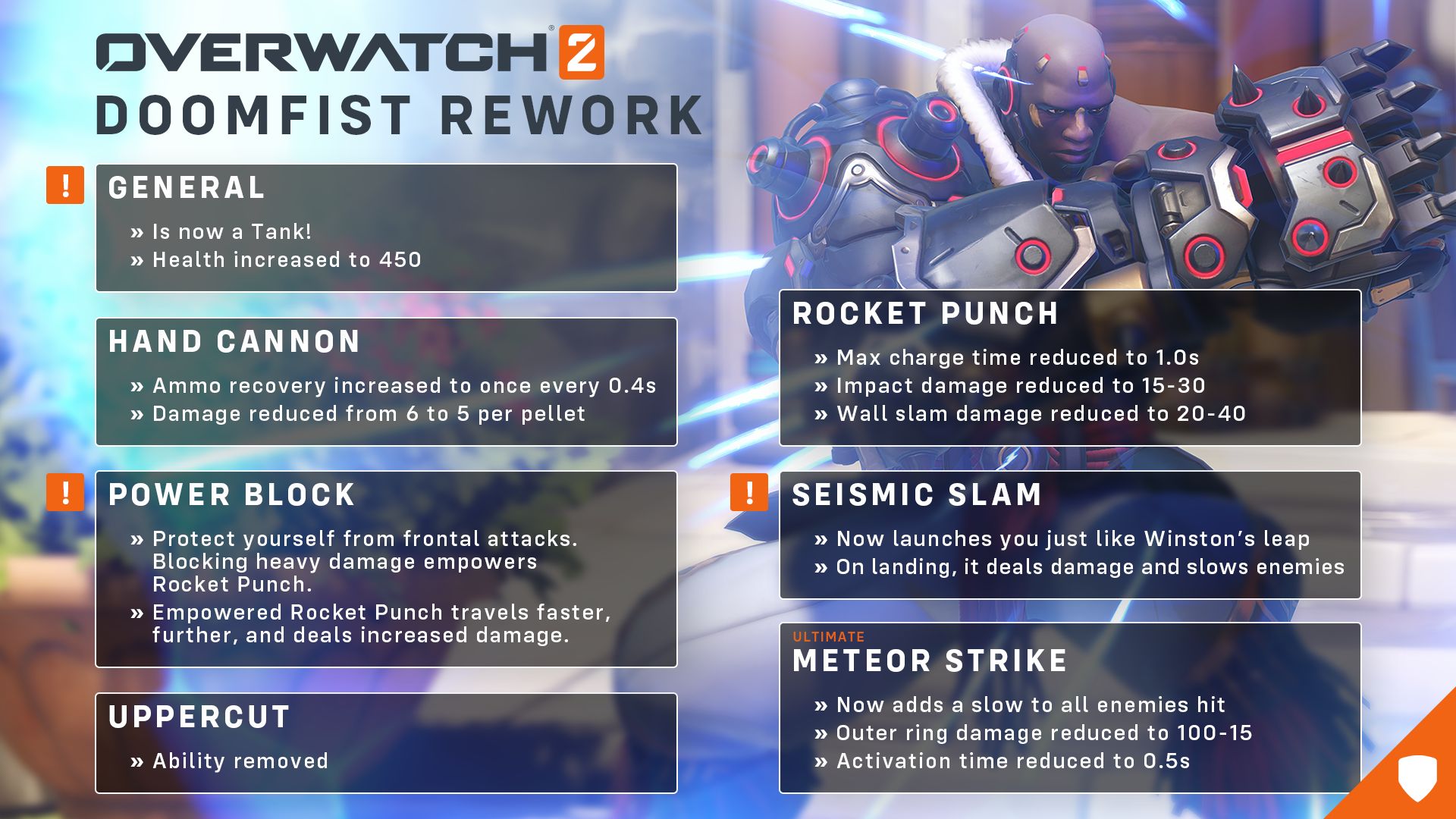 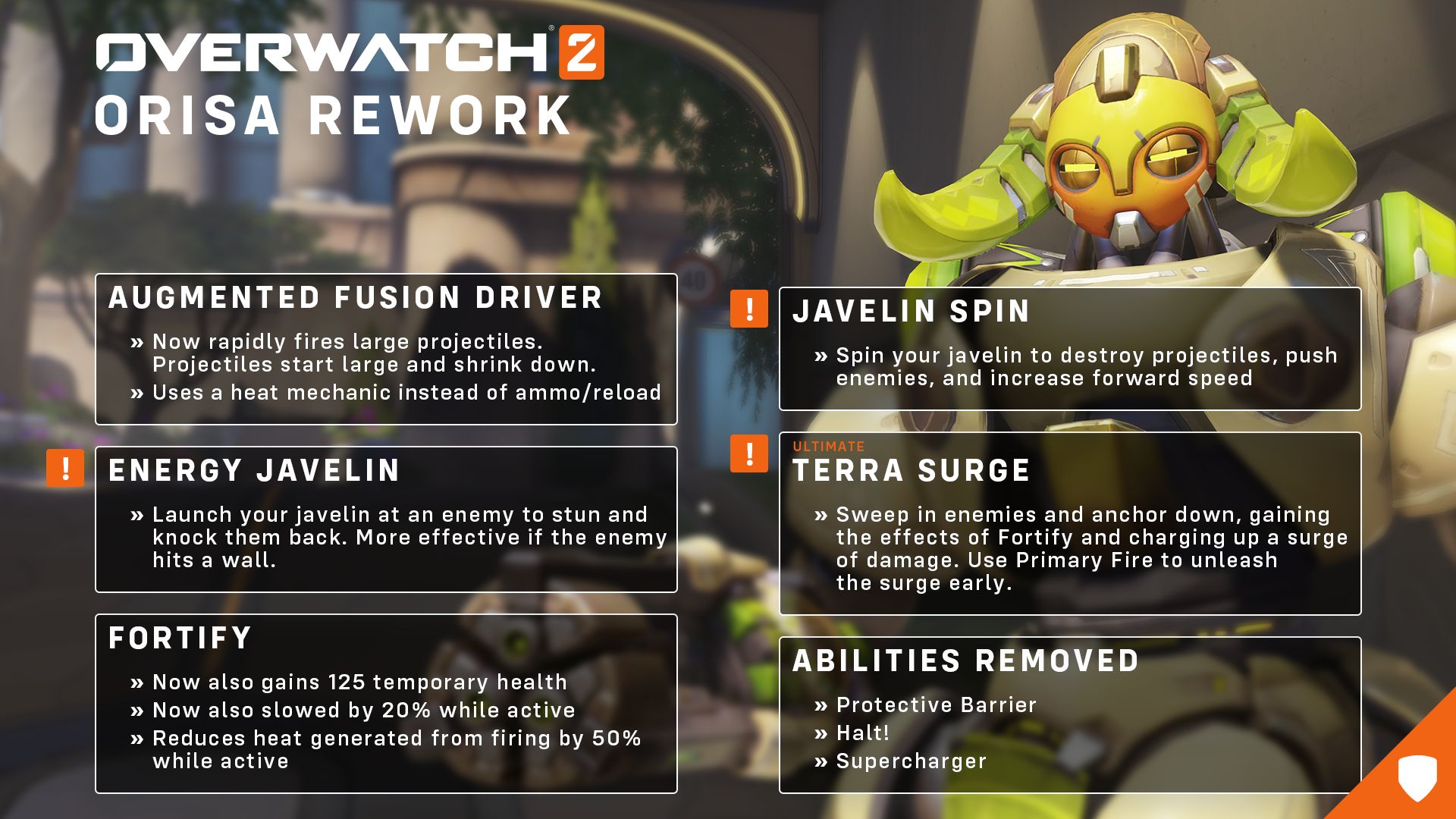