Set in Portugal, Esperanča features crowded streets, trolleys, numerous interiors, coffee shops, and even a gorgeous view of the port. 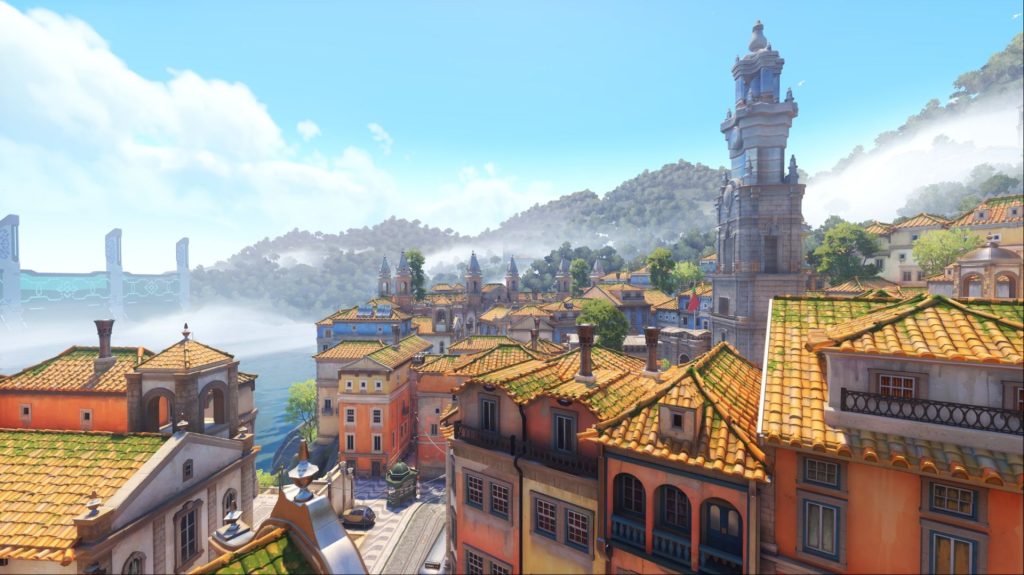 Overwatch 2 will have several new maps and Push Mode when it releases next week. A new map is also being added as part of Season 1 – Esperanča in Portugal. The game’s official Twitter has released a new trailer and screenshots, showcasing the various sights and sounds that players can look forward to.

As a Push map, players must commandeer the large bot in the map’s center and escort it to the enemy’s base. The path should be discernible enough, but Esperanča also features numerous interiors, trolleys and much more to navigate. There’s even a cute coffee shop and bakery to visit.

Overwatch 2 is out on October 4th for Xbox One, Xbox Series X/S, PS4, PS5, PC, and Nintendo Switch. It will be available as a free-to-play, early access title, with Season 1 launching on the same day. Other content that players can look forward to includes the first Battle Pass with numerous cosmetics (like the first Mythic Skin) and a new Support hero, Kiriko.

The views in Portugal are beautiful this time of year. 📍