PC players with the PTR build can tour the streets of Paris today. 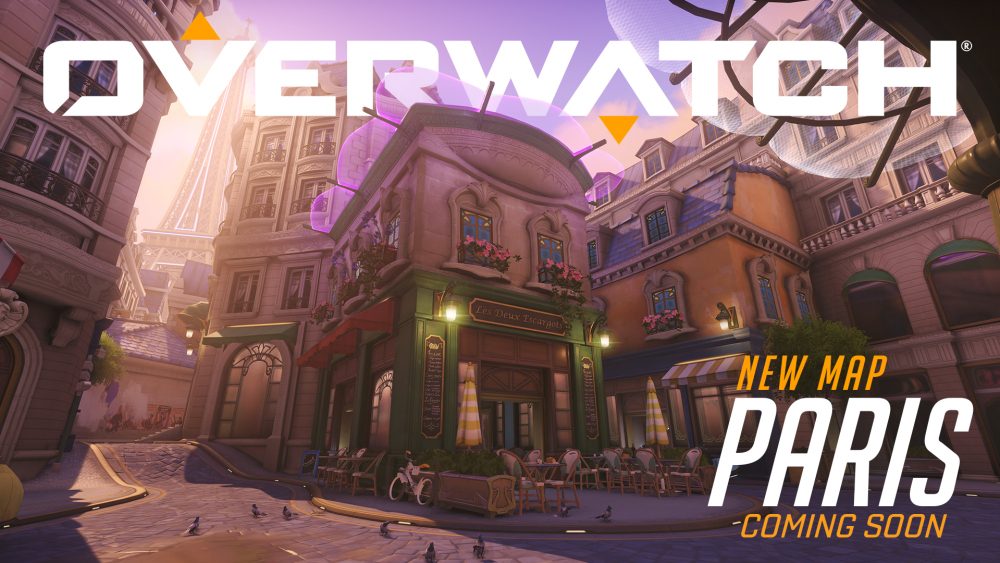 Blizzard Entertainment has released a new patch on the Public Test Realm servers for Overwatch. Surprisingly, it brings a new map set in Paris, France. Though an official trailer has yet to be released, the game’s official Twitter released some artwork with the tagline, “Chance encounters lead to novel beginnings.”

The map is even more interesting because of its home country, France. This is where Widowmaker, a.k.a. Amélie Lacroix, is from. Whether that will factor into the map via some neat Easter Eggs remains to be seen. But there is an Omnic singing in a club, so that’s worth checking out. From the map’s official description, it seems to be of the Assault variety.

As always, you need the PC version of Overwatch to access the new map. Simply navigate to the Battle.net launcher, select the Region tab, and look for the Public Test Realm build. It will require a separate download though, so keep that in mind. The map is currently listed as “coming soon” to live servers on PC, Xbox One, and PS4. Stay tuned for updates when it’s out.

Get whisked away to Paris soon on PC, PlayStation 4, and Xbox One. pic.twitter.com/PGrVKw4JdH