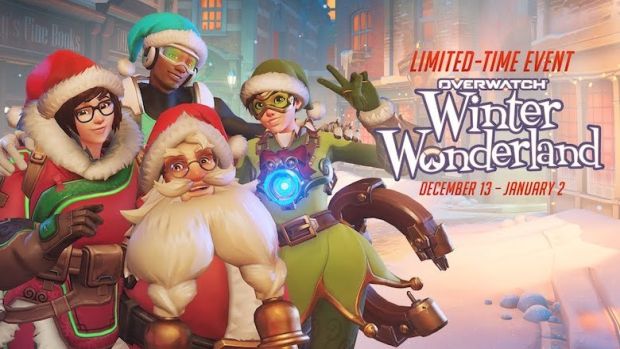 If you haven’t received the Legendary Skin of choice from Overwatch’s Winter Wonderland event, then you might want to invest in Loot Boxes. The Holiday-themed event will be ending later today and that means many of the new skins, which can only be earned through Winter Loot Boxes (or purchased with currency when the event is active) will be locked away until Winter 2017.

Though Blizzard hasn’t officially what time the event will be ending, many believe it will be around 11 AM to 1 PM EST. This is usually around the time that Arcade Mode Loot Box rewards reset. And don’t count on the rewards resetting before the event is over.

Winter Wonderland introduced a ton of new cosmetics including an elf skin for Tracer, Yeti skin for Winston and Nutcracker skin for Zenyatta. Maps like Hanamura and King’s Row also received a Christmas makeover while a new brawl – Mei’s Snowball Offensive – was also introduced. What are your thoughts on Winter Wonderland? Let us know below.