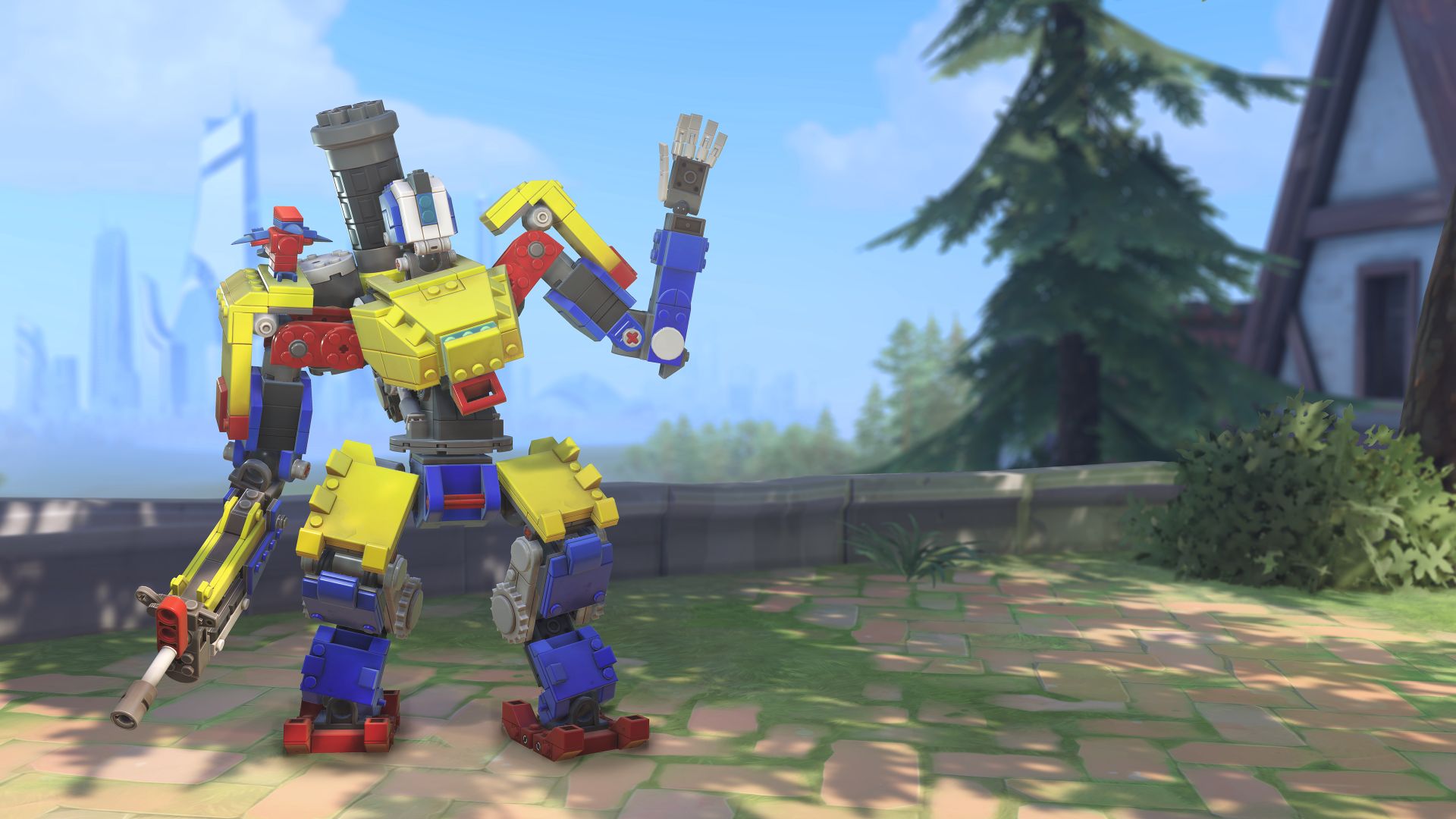 A new patch is live for Blizzard Entertainment’s Overwatch and this time, it offers an event centered on Bastion. Bastion’s Brick Challenge is available till September 30th and offers several cosmetic rewards for players to earn. Check out the trailer below.

As you’ve probably guessed, the new Epic Brick skin is the reward at the end of the challenge. Winning three matches will net two new player icons; six matches nets two sprays; and nine matches offers the Legendary skin for free. You can partake in Quick Play, Competitive or Arcade to win matches.

Other rewards like sprays can be earned by tuning in to a Twitch streamer with drops enabled. A new spray is provided after two hours of viewing while two new icons are doled out after four hours of viewing. This event doesn’t seem to have any real lore significance (unless Bastion was a Lego toy at some point) but more Legendary skins is always nice.