After releasing its acclaimed platformer in 2016 and porting it to multiple consoles, D-Pad Studio is finally ready to announce its new title. 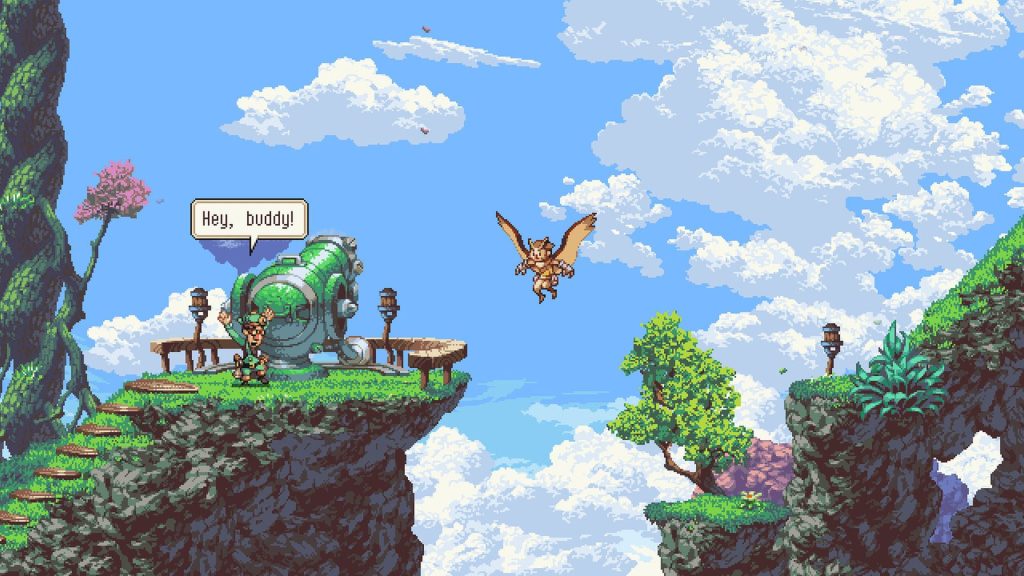 It’s been a while since we’ve heard from D-Pad Studio, the developer behind the critically acclaimed Owlboy. Fortunately, in addition to porting the platformer to multiple platforms, it’s been working on a new title. In a recent tweet, it confirmed that this new title would be revealed at Gamescom, which runs from August 24th to 28th.

While it remains to be seen what new adventure awaits, the short GIF seemingly indicates another 2D title. Hopefully, we’ll learn more in the coming weeks as Gamescom approaches so stay tuned for additional details.

Owlboy is available for Xbox One, PS4, Nintendo Switch, and PC. It tells the story of the mute Otus who is training to be an owl. Residing in Vellie, a floating settlement, Otus’s world is turned upside-down when pirates attack and take hostages. Working with his friend Geddy and other allies, Otus embarks on a journey to save his fellow villagers and learn more about the history of the owls.