The Pathfinder: Wrath of the Righteous developer is seemingly teasing something space-related with the mysterious new website. 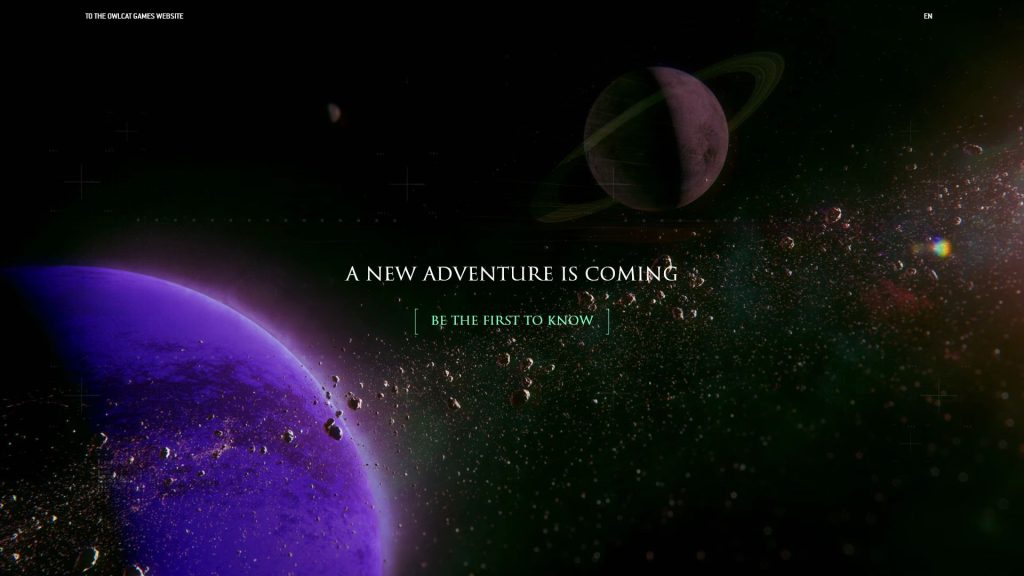 Owlcat Games continues to support Pathfinder: Wrath of the Righteous with a third paid DLC on the way. However, it seems to have something else coming up. The developer launched a new teaser website titled “What is Next” which simply says “A new adventure is coming.” You can subscribe and receive the first details of this project when they go live.

The most interesting part is the background which is set in space with various planets in the background and asteroids flying past. Perhaps the developer is working on a new sci-fi title set in space. We’ll have to wait for more details but perhaps there will be an announcement at one of the showcases next month.

In the meantime, Pathfinder: Wrath of the Righteous is currently available for PC – you can check out our official review here. The role-playing game is slated to release for PS4 and Xbox One this Fall. Stay tuned for details on a release date in the coming months.