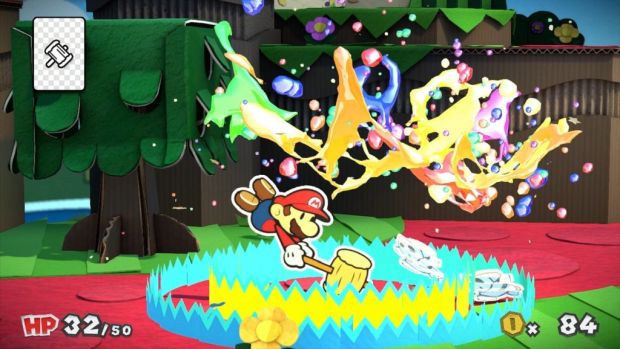 Paper Mario will be making his return with Paper Mario: Color Splash on the Wii U. As per Nintendo’s Treehouse E3 stream, the game will be out on October 7th worldwide.

Paper Mario: Color Splash continues on the gameplay seen in Sticker Star. Mario is armed with a Paint Hammer for solving puzzles, reviving Toads that have lost their colour and restoring colour to things in general. The Wii U gamepad will be utilized to remove pieces of the environment and use them to overcome obstacles. The Battle Card system is new and will ask you to use different cards to defeat enemies.

Though it didn’t receive a very positive reception at its announcement, since Color Splash seemingly won’t have the RPG elements seen in the first game, and even prompted a Change.org petition for its cancellation, it’s one of the few Wii U exclusives to look out for this year. Stay tuned for more details in the meantime.