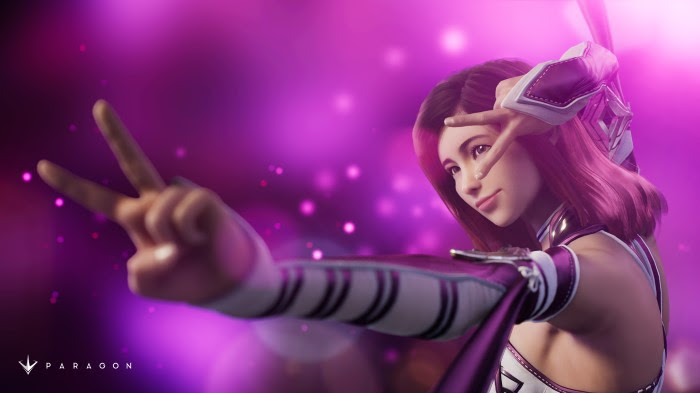 Epic Games has a new hero coming to its MOBA Paragon and it’s Shinbi, a pop star known for using Spirit Wolves in her performance. Check out her admittedly cheesy but still entertaining announcement video below.

Shinbi is a melee assassin who relies on her wolves to decimate enemies. Rushing Beat allows her to dash through enemies and damage them; after triggering it once, she can reactivate it for a second dash.

Then there’s Line Tempo, which sends a Spirit Wolf out in a straight path. It will damage any minions it passes through but explodes when hitting an enemy Hero. Circle Rhythm sees four wolves circling around Shinbi for 4 seconds, damaging nearby enemies and healing her.

Her Ultimate is “All-Kill!” – while passive, all of your abilities put a Spirit Wolf stack per hit on an enemy Hero (up to 8 stacks). When activated, a wolf pack will hit the Hero with the highest number of stacks. Each wolf hit counts for one stack.

Shinbi will be going live for Paragon on PS4 and PC on February 21st. Check out the ability overview video below for a better idea of her skills.