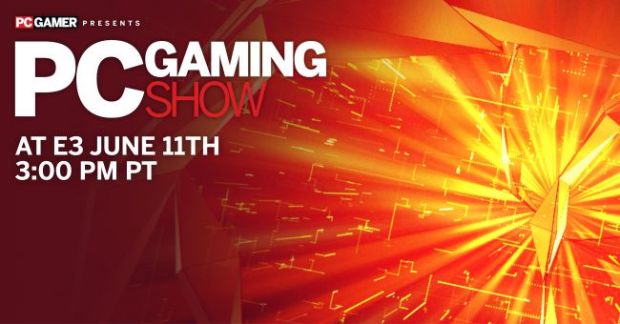 The PC Gaming Show, PC Gamer’s annual E3 presentation, will be returning this year. The event will take place on June 11th, 3 PM PST and can be viewed on Twitch, Facebook, YouTube and Steam. All segments, interviews and updates will also be available through PC Gamer’s official site. Sean “Day[9]” Plott will return to host and entry to the event is free (though tickets can be reserved here).

Not counting LawBreakers, which crashed and burned imminently after release, last year’s PC Gaming Show saw some decent titles like Griftlands announced. This year could be even more intriguing with potential information on upcoming PC releases. Is it too much to hope for updates on games like The Bard’s Tale and Wasteland 3 from inXile Entertainment? It’s probably more hopeful to expect Valve’s Artifact to be showcased.

While not quite as big as the pressers from Bethesda, EA, Microsoft, Sony, Nintendo, Ubisoft and Square-Enix, the PC Gaming Show usually offers a nice side-attraction for PC-centric players. E3 2018 will be taking place in Los Angeles on June 12th to 14th.