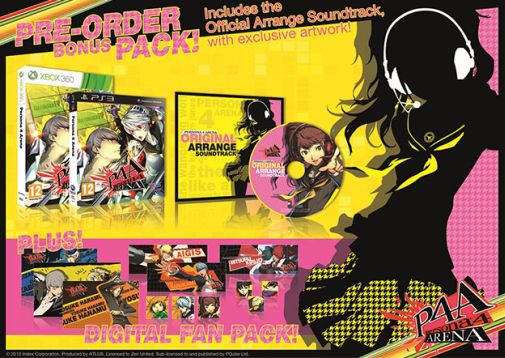 Customers who pre-order will receive numerous bonuses including a limited edition bonus content pack, the official soundtrack for the game with artwork and a Digital Fan Pack. Atlus has reiterated that these bonuses will only be available to pre-order customers, that too beyond day-one sales. So don’t expect to see them afterwards.

Persona 4 Arena will be releasing on the PlayStation 3 and Xbox 360 in Europe on May 10th. It continues the story of Persona 4 Golden and even brings in several characters from Persona 3 in a one-on-one fighting game.

The game has received some critical acclaim, and features a strong single player campaign with an individual storyline for each of its 13 characters. You can also fight competitively with other players, and use both your Persona and character in battles at the same time.