The enhanced version of the acclaimed role-playing game is out on October 21st worldwide for PS5, PC, Nintendo Switch, Xbox One, and Xbox Series X/S. 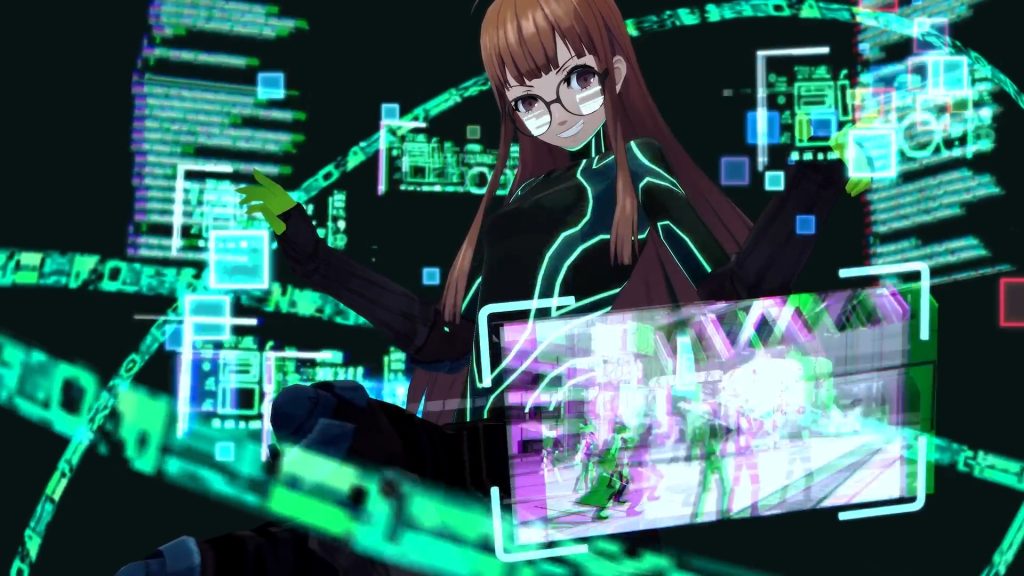 Atlus has released a new trailer for Persona 5 Royal, highlighting the gameplay and story scenes of the enhanced version in glorious 1080p/60 FPS. It also confirmed that pre-orders were available for Xbox One, Xbox Series X/S, Nintendo Switch, PS5 and PC via the Microsoft Store (only wishlists are available on Steam presently).

The “1 More” Edition is a Shop Atlus exclusive for consoles only and costs $119.99. It features a Premium SteelBook, a Le Grimoire art frame, treasure chest packaging, the base game, over 40 DLC items, Phantom Thieves art prints, the Arcana tarot card deck and Akechi’s briefcase bag.

Persona 5 Royal is out on October 21st worldwide for Xbox One, Xbox Series X/S, PS5, Nintendo Switch and PC. It’s currently available for PS4 – check out our review here. 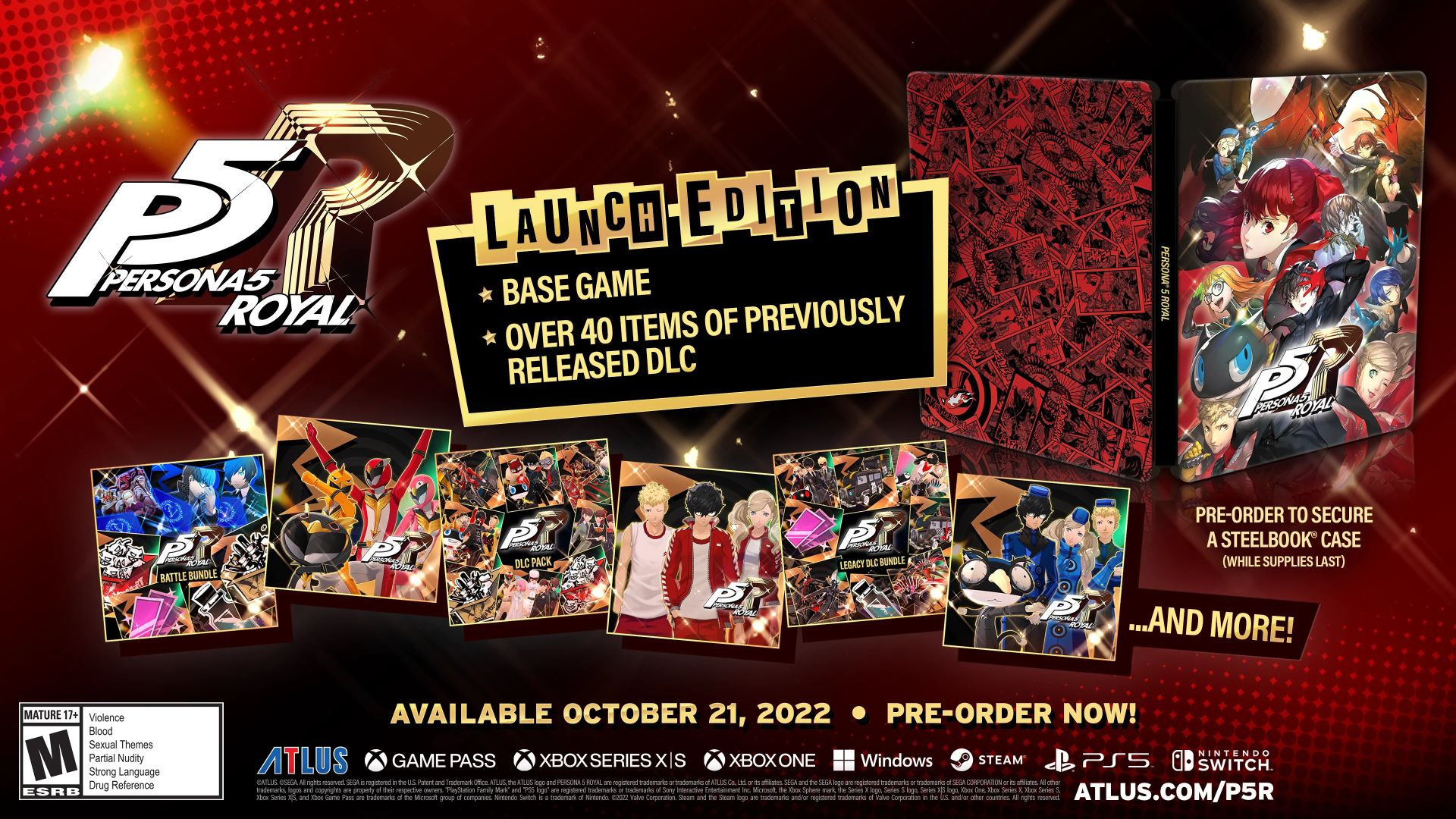 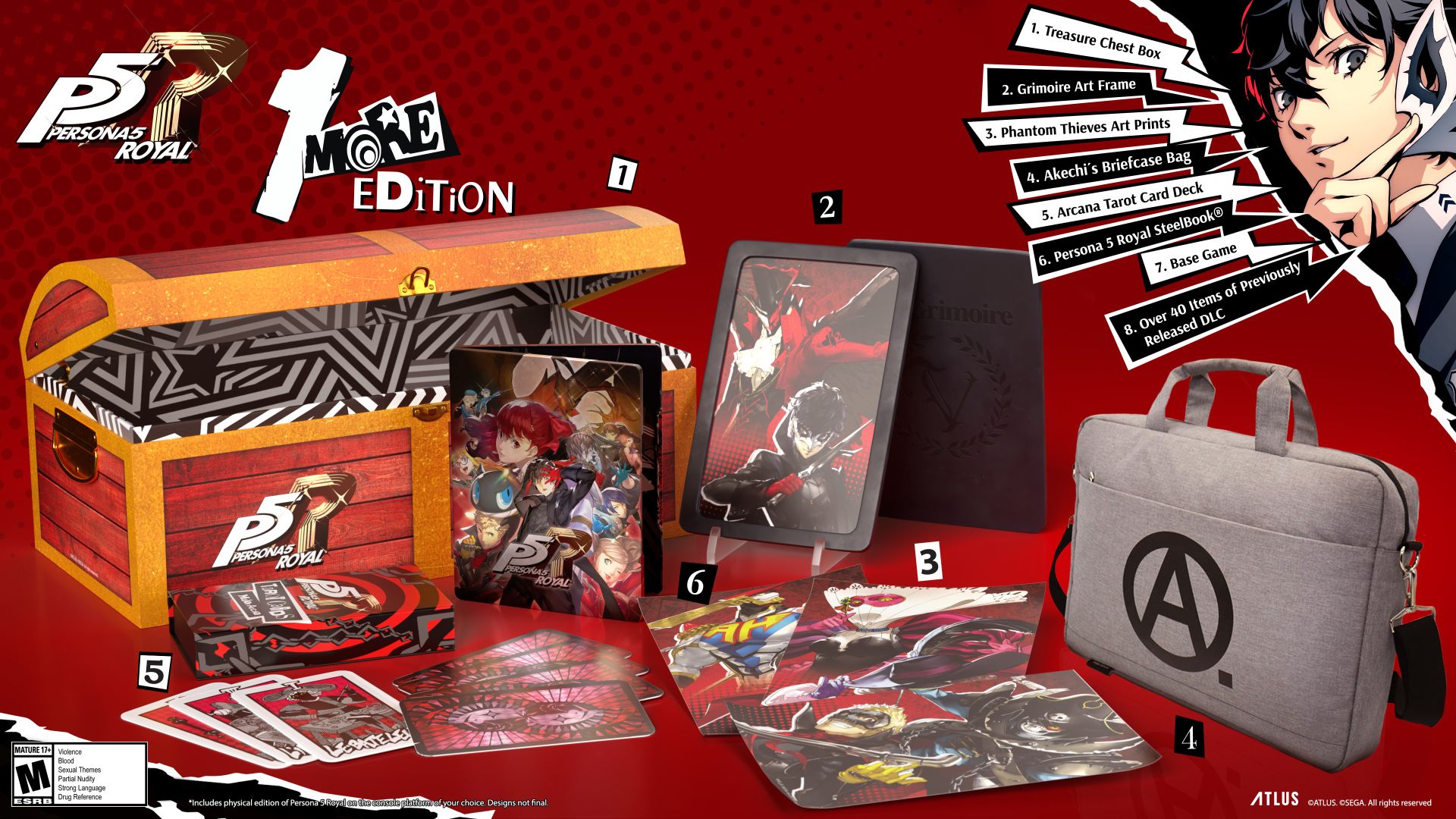