One of Phil Spencer’s best traits as the head of Xbox is his willingness to directly engage with fans on social media like Twitter. He is often surprisingly candid in these exchanges, and even drops hints, teases, and clues in there a lot of times.

Spencer recently made an interesting declaration: that Microsoft is going to be more clear and transparent this console cycle, and that the reveal of the games people can expect to play on the Series X is “soon”. It is, obviously, an exciting comment, but it is also something that inspires some confidence in the Xbox brand going into the next generation, and demonstrates that they may have learned from the mistakes that have sunk them in the past.

The more straightforward part of that statement is, obviously, about the games. Those game announcements and reveals are coming soon, hopefully – general expectation appears to be that Microsoft will show some titles off next month – and that brings with it a level of excitement. Not least because this is the first time we get to really see what a bespoke next generation Xbox Series X game might be like (our only glimpses at the next generation so far have been Senua’s Saga: Hellblade 2), but also because this will probably be the first time we see some results from Microsoft’s recent spate of acquisitions.

In response to the criticisms about the company’s failings on the first party and exclusive games front, Microsoft has bought out a lot of promising looking studios – from Ninja Theory to Playground Games – and this will be the first time we get to see some real fruits of their shopping spree (the few games we have seen from these studios since their purchase have been smaller scale experimental projects, such as Bleeding Edge). 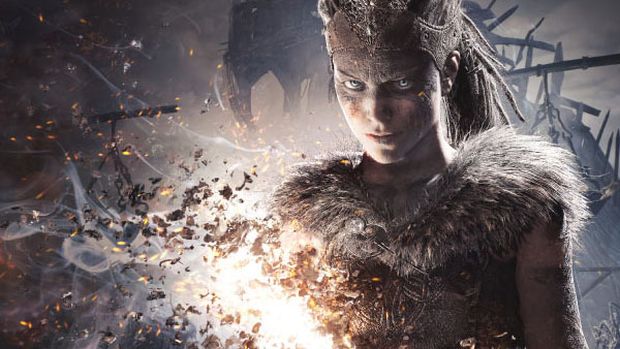 But the more interesting part of the statement is Spencer’s declaration that Xbox will be more transparent and “authentic” this generation, not least because it is an implicit admission of mistakes, as well as a tacit admission of not being that the previous generation. While under Phil Spencer, Xbox’s marketing and messaging has generally been clear and straightforward, the Xbox One’s fate was sealed very early on in the console generation, when Microsoft’s confusing and frankly arrogant messaging surrounding the then upcoming console (from the always online DRM to its relative lack of power next to the PS4 to the forced inclusion of Kinect) ended up damaging the console’s perception with the public strongly.

It never recovered, and among many of the more casual gaming public, a lot of misunderstandings surrounding the console remained (such as a belief that you could not play used games on the console, because the Xbox One had originally been planned to not allow that).

As I said, this is something they slowly became better at over the course of the generation. By the time they were introducing fan favorite initiatives such as backward compatibility, Play Anywhere, or Game Pass, there was a refreshing earnestness and honesty about their messaging. We were told exactly what we were getting, and nothing more.

But even in spite of that, there were some lingering remnants of the tendency to muddy the waters – their refusal to share sales numbers for their consoles or games, for example, opting instead for more nebulous indicators of success, such as Average Monthly Users (though this is at least somewhat justifiable in context of Microsoft’s broader company-wide pivot to services). Or take the confusing implication that the Xbox One S is a 4K console in early marketing (it can play 4K movies and videos, yes, but it cannot play games in 4K) – though, once again, that seems to have stopped of late (and especially since the One X started being marketed).

There has been an element of mistrust towards the company by a lot of users this generation, then, in part because of Microsoft’s early failures with the Xbox One, and in part because even under the otherwise impeccable stewardship of Phil Spencer, there have been times when Xbox has felt frustratingly opaque. And while attributing the console’s struggles this generation to just that would be extremely simplistic – we have already discussed so many other reasons for that in just this piece alone – it is still a reason for why the brand saw a relative decline compared to the Xbox 360 heyday.

So, back to Spencer’s statement, then: he promises more authenticity and transparency going forward. And assuming this isn’t just lip service – which we have no reason to think it is, judging by Spencer’s excellent track record on following through on his promises so far – this is yet another promising indication that the company is willing to reflect, introspect, and learn from its mistakes. This is yet another sign that Xbox is willing to not repeat its own failings, and to actively work on improving itself.

That kind of underlying attitude is what Microsoft needs as it heads into the next generation, if it hopes to match Sony on a more even footing this time around. Addressing every individual mistake from the Xbox One era, as Microsoft has done so far, is extremely important, of course – but that’s a bit like patching up holes in a boat after it’s begun to sunk. It’s good you’re doing it, but you should never have let it sink in the first place.

This attitude of wanting to be better overall, however, is a lot like steering the ship so well it never got those holes in the first place – and right now, that’s what Microsoft seems to be doing. And that’s a good thing. That means they won’t have to spend as much time on reacting to their failures next generation, as they have had to this generation. It means they will be spending more time with a better output of games, and better overall value offerings for players. And that only adds value to video games as a medium, as a whole.

That is, of course, good news for anyone that likes games – you get more great ones in the bargain. It’s also, obviously, good news for Xbox fans, since they can look forward to a far better generation than the one they just had. And even hardlined PlayStation fans stand to benefit from this, because Sony is at its best when it is trying to combat and quench the Xbox – such as through the late PS3 era, or the entirety of the Xbox One generation. Microsoft being good only pushes Sony to be even better (and so it goes back and forth).

Literally everyone benefits. Just look at how much healthier the industry is when Nintendo is not flailing like with the Wii U, but thriving with the Switch. As it is there, so it is with Xbox too.

So yes, with this recent statement, Spencer has only given us all more reason to be optimistic for the future of Xbox. And in the process, hopefully, he has given everyone – even those who might swear by PlayStation or PC or Nintendo – a reason to look forward to what the next generation brings. Bring it on.