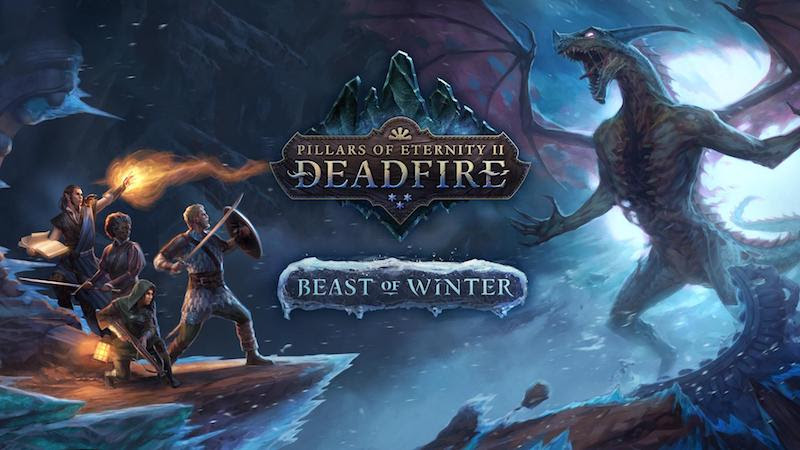 Obsidian Entertainment has been releasing free DLC packs for Pillars of Eternity 2: Deadfire, their fairly awesome role-playing game that released in May. August 2nd marks the release of its first paid expansion, Beast of Winter. The DLC will see players traveling to an island and dealing with Rymrgand’s followers.

Considering the followers celebrate how much of the world has been destroyed thanks to the Watcher, it will be interesting to see how things progress. Rymrgand is the titular “Beast of Winter” and his arrival will threaten all of Eora. There is a point where you must confront him.

Speaking to PC Games N, Beast of Winter narrative designer Alex Scokel also noted that there will be some dark humour pervading the expansion. “We obviously don’t want to make an incredibly depressing piece of DLC,” he said. “It’s definitely an opportunity for us to show how people feel about this sort of thing, but also show the humour of it.”

Beast of Winter will cost $10 standalone and is also included with the $25 Season Pass. Two more expansions – Seeker, Slayer, Survivor and The Forgotten Sanctum – are also included and will be releasing in September 2018 and November 2018 respectively. These release dates are subject to change though – Beast of Winter, for instance, was slated to release in July before being delayed to August 2nd.

If you’re interested in trying out the base game, check out GamingBolt’s review here.