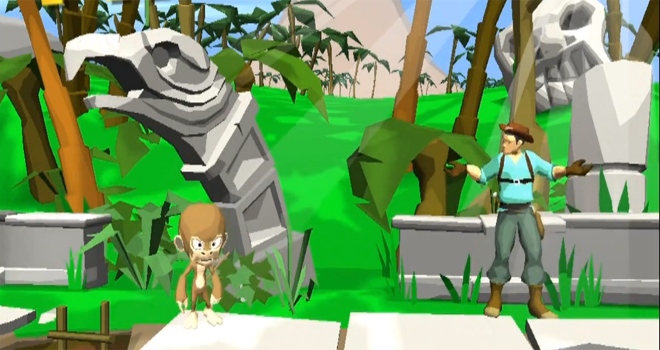 Quick question: What do Tomb Raider, Prince of Persia, and oh, every single platforming game in existence have in common? They all started from one simple pixellated figure, debuting 30 years ago on the Atari 2600, named Pitfall Harry.

Now Activision is celebrating Pitfall’s legacy, with a Pitfall! app now available on the Apple App store. Pitfall! will be playable on the iPhone, iPad and iPod Touch. A straight translation would’ve been great, but developer The Blast Furnace decided to shove some new environment and gameplay tweaks into the experience

Chief creative officer of Activision Mobile Gordon Hall stated. “This new incarnation delivers a best-in-class experience of the game for iPhone, iPad and iPod touch. The team has kept the elements that made the original so much fun to play, and merged them with a cool, retro HD art style, updated controls and play mechanics to keep both old-school fans and newcomers happy.”

An Android version is also in development by The Blast Furnace.