Planetside 2: New continent expected before launch and one post-launch 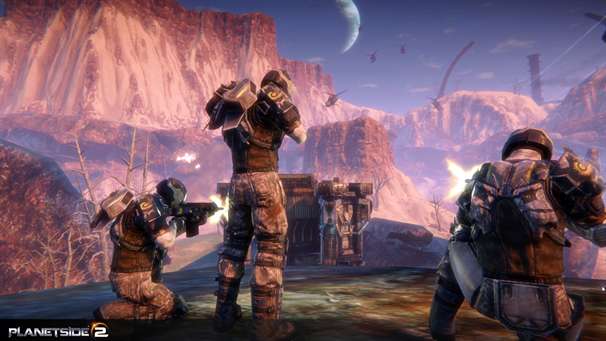 Sony Online Entertainment are hard at work on a new continent but they are sure whether it will make it before the game launches. So one new continent is expected to be in post-game and one before it. There will be a total of two continents that users can access when they get their hands on the game.

In the recent beta, Indar is the only continent available and Esamir is expected to join it.

“We also are working hard on Esamir. It’s getting closer and closer to a finished state where we want you guys to play on it. It’s pretty awesome and very different gameplay wise than Indar. After that Amerish will go back to being worked on,” SOE’s John Smedley said.

“These continents are taking longer than we expected and it’s possible we end up launching with two and delivering the 3rd shortly after launch.”

Also you need to have a lot of RAM in order to play this game smoothly.

“The single biggest issue remains CPU performance. We have a lot more work to do. We also have work to do on RAM. Right now roughly 75% of our playerbase has 6 Gig of ram or over,” said Smedley.

“The ones that don’t feel pain. We get it. … I believe this game is always going to have higher spec requirements for a machine to really play well than most other PC games. I want to be up-front about that. At some point the size and scale really does cost.”