PlayerUnknown’s Battlegrounds is being regularly updated with certain bug fixes, quality of life improvements, and even new content. However, it doesn’t look like the developers have any intention of slowing down. Based on some information that was leaked online through data mining, it looks like the game will be receiving lots of new content in the near future.

First of all, a new snow map is on the way and it is called Dihor Otok. You can check out an image of this area’s map at the end of the article.  This map is expected to be added to the game by this winter, but we don’t have an exact release date at the moment. Apart from this snow map, a new game mode called Conquest is also on the way, and it’s being described as similar to Call of Duty’s Domination mode, which means you’ll basically have to capture and hold certain areas of the map. There’s also going to be a Night Mode added to the game, which is exciting to say the least!

Hopefully, we’ll get some official confirmation regarding this new content soon. PlayerUnknown’s Battlegrounds is currently available for the PC and Xbox One. 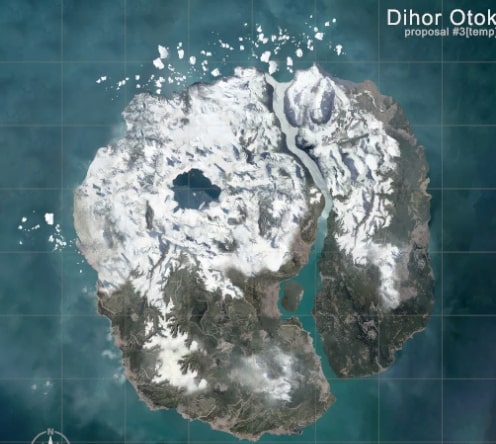