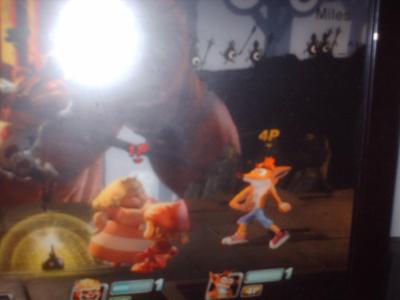 It seems that Crash Bandicoot might be headed to PlayStation All-Stars Battle Royale. Crash is an iconic Sony first-party property that was sold to Activision few years ago, and it was developed by none other than Naughty Dogs themselves.

There was a massive character leak earlier where almost all stages and the roster was leaked out, and Superbot Entertainment confirmed the leak. You can check everything regarding that over here. There are 15 or so stages along with a bunch of characters. Sony had recently confirmed that there are more characters to be shown.

Could Crash Bandicoot be one of them? As you can see in the image which is doing the rounds in Playstation forums, it appears to be real.

We think this rumour could turn out to be fake for one simple reason – the IP belongs to Activison. Sony could license it from them, but why would they? They have plenty of characters at their disposal, and spending a lot on one doesn’t make sense. Although, considering this is quite a big IP which defined Sony’s PlayStation 1, there may be a chance.