Sony had its fair share of PlayStation Vita titles to reveal, aside from the usual indie efforts. One of those includes thatgamecompany’s Flower, which you’ll remember as releasing for the PS3 back in 2009. Now the game is heading to PlayStation Vita and looks as snazzy and serene as ever. Check out the trailer above.

Next up Big Fest, developed by On The Metal Studios and described as a music festival simulator game. You’ll be able to go about discovering bands, creating your lineups and even visiting other fests for co-op play of some sort. On The Metal is pushing for “your music, your way”, and promises to featuring real band and somehow “breaking real bands in the real world.” Sounds ambitious enough. Check it out above.

Finally, we have the trailer for Doki Doki Universe, which releases on the PS4 and PS Vita. It’s a free to play game that’s “more than a game” and has you playing as a robot who must get people to like you. Or something along those lines. Let it not be said that Sony doesn’t have a thing for the off-beat. Check it out above. 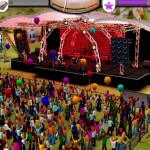 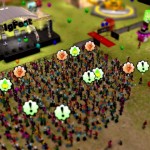 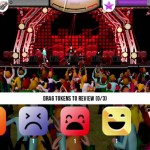