The video shows when it was demoed at PSX 2015. 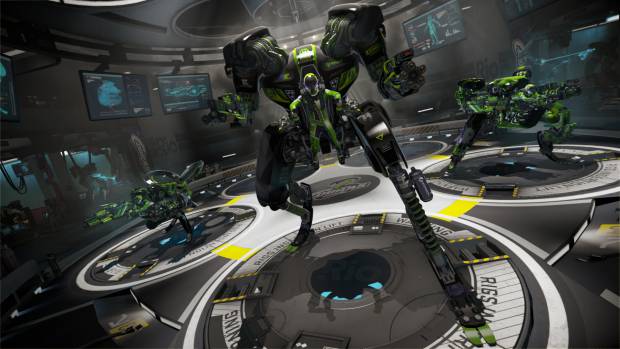 While RIGS: Mechanized Combat League has been announced as a game that will be coming to PlayStation VR, we don’t know exactly when it will be coming. Assumed to be a launch title with the VR technology it appears there is plenty of excitement surrounding the game and the device it will be playing on. A new video is making the rounds showing Greg Miller from Kinda Funny touring PSX 2015, first trying out the game and then gathering opinions from other people who were able to try RIGS out.

Among the things talked about is how you are able to play the game as though you are actually in the the arena gearing up in order to take on other RIGs players. There is plenty of realism thanks to this immersive feel, according to those in the video who have managed to get their hands on the demo. While there has been some negative talk about any of the games that require people to put on a new accessory on their head, this game seems to be setting a different trend.

By all accounts, the PlayStation VR is something that is plenty comfortable when it’s being worn. The fast paced action in the game looks like it might be well suited for this kind of format. While we don’t know the official release date for RIGS: Mechanized Combat League, you can check out our Wiki and learn all about the game.